In a bid to battle fake news, the Interior Ministry has identified a number of Facebook accounts impersonating government officials and institutions.

In a statement published Saturday, the ministry identified the accounts and said the growth of technology has allowed the internet to be accessed by just about anyone in the country.

The ministry said that accessibility to the internet has also made it easier for “nefarious” individuals to impersonate high-ranking officials.

It said that social media users should be aware that official government Facebook accounts are verified with a blue tick.

“The Information Technology department is continuing its work to close down many fake accounts that do illegal activities,” the ministry said. “The department plays a vital role in combatting crime on social media.” 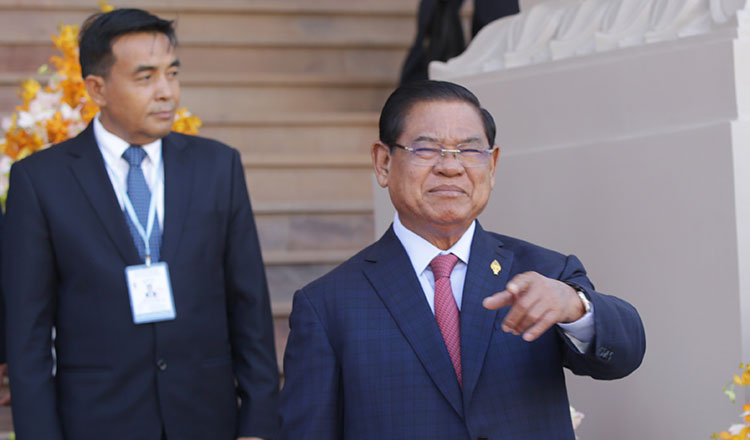 Chea Pov, director of the Interior Ministry’s anti-cybercrime department, said his department will soon identify the owners of the fake government accounts and press charges.

“The authorities will take action if there is a complaint. There had been complaints filed by ordinary citizens and members of the government that their identities were impersonated online,” Mr Pov said. “Some fake Facebook accounts ruin reputations or cheat other Facebook users. For some people, Facebook is garbage.”

Nop Vy, media director with the Cambodian Centre for Independent Media, yesterday questioned the Interior Ministry’s intention and said that a lack of transparency was worrisome.

“We have some concerns,” Mr Vy said. We are not sure about how accurate or transparent the government was before taking action.”

Am Sam Ath, a senior investigator for the rights group Licadho, said social media users can be jailed for creating fake accounts or posting messages deemed to be insulting the government.

“We have not seen anyone being arrested for having a fake account. There’s no law regulating the internet yet, and the authorities are using the criminal code to sue and convict social media users,” Mr Sam Ath said. “Freedom of expression online has narrowed at this point.”

In May, the government decided to create a taskforce to monitor the spread of fake news. Three ministries agreed to work with telecom service providers to prevent the spread of false information that could potentially cause “social chaos” and threaten national security.

Give back grabbed land in national park: Ministry