Now on its seventh year, the Chaktomuk Short Film Festival continues to serve as a platform for young filmmakers to showcase their creativity in motion pictures. The film festival was initiated by the Sunflower Film Alliance in 2012.

On October 22 at the Cambodia Film Commission, the Sunflower Film Alliance announced that the film festival officially starts today until the end of the month.

Korm Vutha, president of Chaktomuk Film Festival, said that this year’s competition is very exciting as there are about 300 short films submitted – 77 films from Cambodian filmmakers and entries from at least 18 countries. The short films all show various culture, tradition and lifestyle of Cambodia.

Mr Vutha said that the Ministry of Culture and Fine Arts has been very supportive in this yearly endeavour. 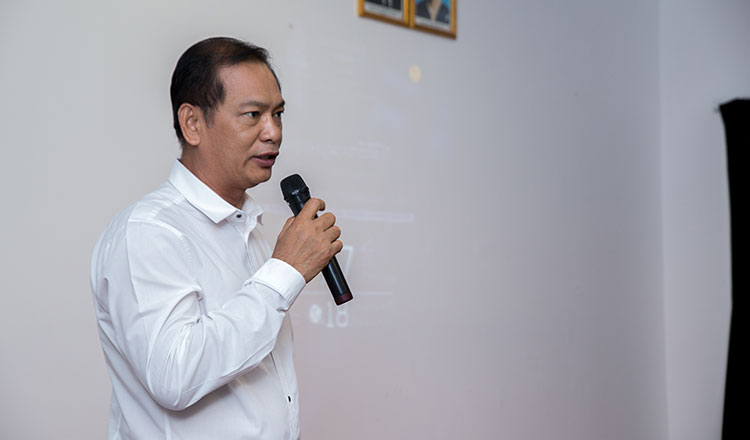 “We will begin the festival on October 26 at the Chaktomuk Hall. And from the 27th to 30th, the films will be screened at Major Cineplex of Sorya Center Point, Prime Cineplex, French Institute of Cambodia, Legend Cinema (Eden Garden, Stung Meanchey and City Mall) as well at Chaktomuk Hall. It’s all free, but the seats are limited. I hope people will find the time to see all these beautiful films.”

Cheap Sovichea, director of Cambodia Film Commission and one of this year’s judges shared that Cambodian films are now getting better in terms of cinematography, production and content.

“On behalf of CFC, I have seen lot of youngsters now showing their interest in producing films with quality. Just to note that full length film are from short films. To be a good filmmaker, you have to learn from movies, books and people surrounding you to strengthen your talent and ability. Never hesitate to expose yourself in any activityin making film,” said Mr Sovichea.

Out of all the entries, six films from Cambodia and six from foreign countries will be selected and awarded with significant prizes.