He said that at about 7.30 pm on Tuesday, the women travelled by motorbike carrying the marijuana to export it for sale along the Vietnamese border. Ms Sivteang drove the motorbike while Ms Huot sat behind her and carried the marijuana.

Lt Col Phearum said that the women spotted police at a border checkpoint and promptly turned around to avoid capture. However, police were suspicious of their behaviour and gave chase. 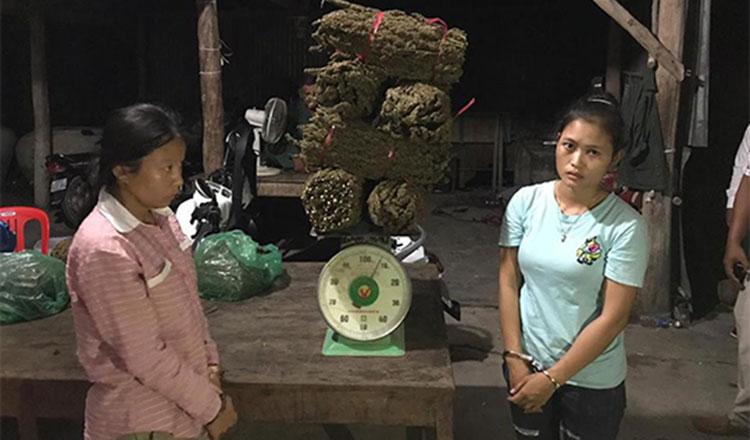 “They travelled by motorbike and transported the marijuana for sale in Vietnam,” he said. “Our police forces chased after them and arrested them and seized the evidence.”

Police seized 11 kilograms of marijuana, one motorbike and two phones from them, Lt Col Phearum noted.

He added that the women are still being questioned at the provincial police headquarters. They are accused by police of drug transportation and trafficking.

They will be sent to Takeo Provincial Court for questioning today.

Trio nabbed over murder of boss