A statement from the Provincal Hall on Monday urged people to stop posting false information about steps taken to stop forestry crimes and noted that officials have made strides in managing and protecting forests.

The statement said that the administration has strengthened efforts to manage and protect natural resources, including fish and other wildlife, both on land and waterways.

It noted that the provincial administration has noticed information misrepresenting the truth being spread on social media, where users have attacked the competence of authorities, affecting the honour and dignity of officials involved.

The statement said that the provincial administration has asked these account owners to stop disseminating false information and instead contribute positively toward efforts to prevent all types of crimes, especially forestry, fisheries, wildlife, mining and the illegal clearing of state forests.

“The Stung Treng provincial administration also wants officials and local authorities at all levels to continue cooperating with each other to strictly implement measures to tackle these crimes and achieve better results,” the statement noted. 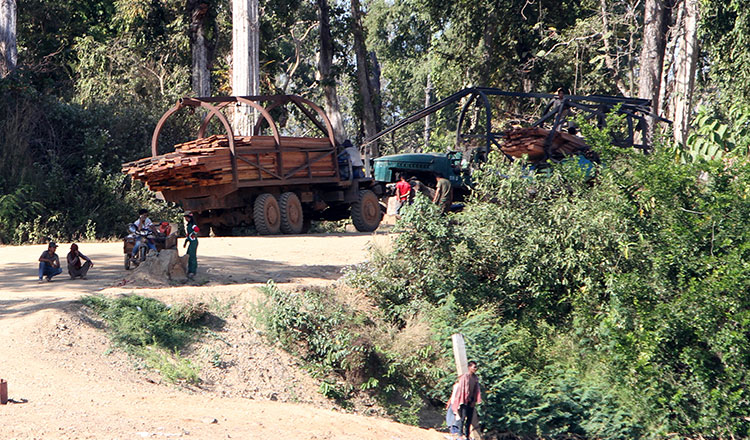 Chea Sok Hoeun, a representative of the Prey Lang Community Network in the province, said he supports efforts to prevent forestry and natural resources crimes.

However, he requested authorities carry out operations continuously and not on an ad-hoc basis.

“The officials and authorities should cooperate and crack down on these crime together,” Mr Sok Hoeun said. “They should not simply point fingers at each other over any lack of progress.”

He also said that he has noticed a reduction in forestry and wildlife crimes in the province since the national elections and also increased crackdowns by the authorities following a recent directive.

On September 12, the Environment Ministry warned that it will take strict legal action against those involved in illegal logging or selling or buying land in protected areas.

The warning was issued after the ministry found that such crimes still continue to occur in some protected areas.

According to the annual report from the ministry, there were 1,428 forestry and wildlife crimes in 2017, with 778 cases ending up in court and the remaining 650 cases leading to administrative fines.