Home - Alone in the Dark

Alone in the Dark

When you travel to a new place, you discover how vast the world really is. You meet new people, take new roads, ride different vehicles, and so on. People, which I sometimes call ‘human ants’, go about their normal lives – walking from north to south, crossing from east to west. And then you see buildings – architectures that resemble different periods and styles. It’s funny – no, wonderful – how new places give you myriad of emotions that are sometimes incomprehensible.

I was in Taiwan three years ago. I travelled around the streets of Taipei, taking a peek at every corner, every store, every human being I passed by. I saw how the day started and how it ended in the modern metropolis.

But what struck me the most in Taipei was how people and the place in general seemed to abandon the life outside almost immediately after the sun set. While the hustle and bustle were evident in daylight, the opposite set in with the dark. The ‘human ants’ had settled at the comforts of their own homes, giving the concrete roads of Taipei a well-deserved break from too much weight.

After 11 pm, the entire city looked so empty. There was no sound of traffic, no person to see, no aroma from restaurants to smell. 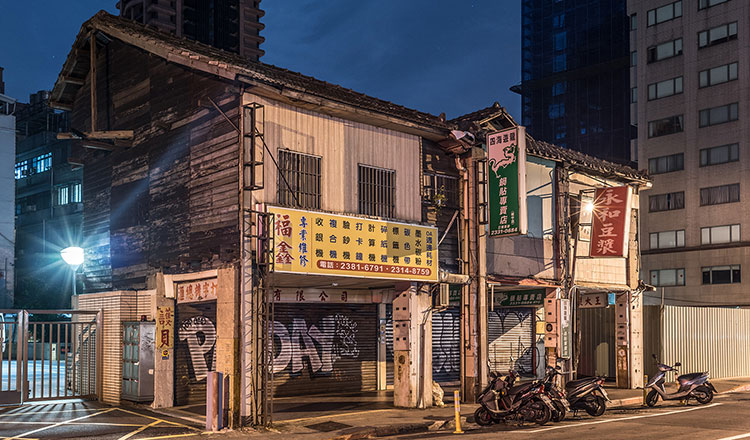 I walked for hours along the alleys, roads and boulevards. The light from the moon and the lamp posts were my only company.

“Am I dreaming?” I remember asking myself, because Taipei looked too empty and too strange to me that time.

“Am I the only human being left? Were the others abducted by…aliens?” I had no idea.

It was then when I remembered I have my camera with me. I started taking photographs of almost everything I saw in the dark Taipei, the camera clicks breaking the silence. I took pictures of streets, of buildings, of motorbikes, of everything that had been abandoned alone in the middle of the night.

There was darkness and emptiness. But, in a weird way, it felt comforting. Taipei gave me another face of ‘her’ – a great, beautiful face. And as selfish as it may seem, I was happy that such other side of Taipei was solely for me at that very moment.

I was alone in the dark for hours, and I knew that in the next morning, the ‘human ants’ would start to crawl on the roads again, vehicles would start choking up on highways and the noise would be almost unbearable. To see the magic of Taipei again, I had to be wait for the next darkness.

‘Alone in the Dark’ is a an art exhibit by Jean-Francois Perigois. The French photographer travelled to Taipei, Taiwan in June 2015 where he got mesmerised by the life – or the absence of it – at nighttime. He shows his works of art at #26, Street 118 today, October 25th.