Kratie Provincial Court yesterday charged a rice wine producer over the poisoning of 89 villagers, five of whom died, in Sambo district.

Judge Eng Chamnab identified the accused as Kuch Sok Heng, 31, noting that he was arrested on Thursday and is charged with unintentional murder.

“He was charged and sent to prison pending trial,” Judge Chamnab said.

Acting provincial Governor Hoeu Siyem said in a letter to Interior Minister Sar Kheng yesterday that from Thursday to Sunday, a total of 89 villagers in the district were sent to the provincial referral hospital and Calmette Hospital in Phnom Penh after drinking tainted rice wine produced by Mr Sok Heng. Of the 89 poisoned, five people have died.

“The other 84 villagers have recovered now and doctors allowed them to return home,” Mr Siyem noted. 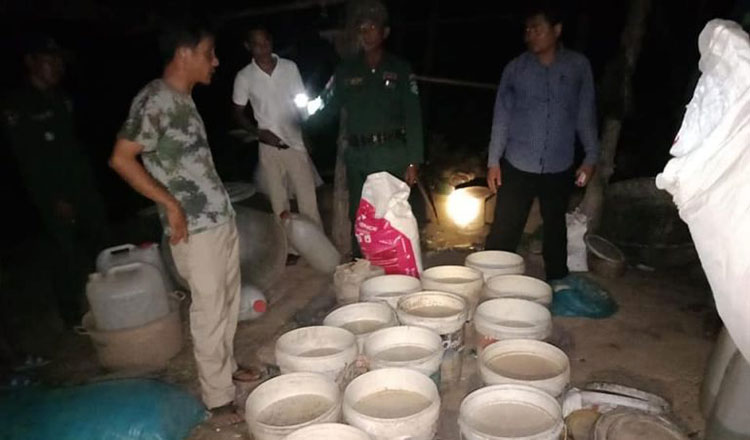 Mr Siyem said that investigations by provincial and district authorities, as well as the Health Ministry’s emergency response team and the provincial department of industry and handicrafts, found that the villagers were poisoned by methanol in the rice wine.

“The provincial administration has taken action by banning the production and distribution of rice wine,” he said, noting that the victims are from Boeng Cha, Koh Khnhe, Sambo and Kbal Damrei communes.

Chhneang Sovutha, Kratie provincial health department director, confirmed yesterday that the villagers fell sick or died due to a high methanol content in the rice wine.

“Although they only drank a little bit of rice wine, five people died and nearly 100 others fell ill,” he said. “We found that the rice wine they drank contained a high amount of methanol.”

Mr Sovutha urged villagers to be careful when drinking wine, especially during funerals and festivals.

“I want them to change their habit of serving a lot of wine during ceremonies or to welcome guests,” he said. “We have advised them about the dangers of drinking too much rice wine or other types of alcohol.”

In July, three people died and 62 were hospitalised due to methanol poisoning from rice wine in the province.

In May, 13 villagers in Kratie province’s Chetr Borei district were also killed by methanol-laced rice wine.

Ministry dismisses sand dredging as cause of riverbank collapse