Kampong Chhnang Provincial Court yesterday charged a farmer who allegedly raped a 14-year-old girl before brutally murdering her and her younger sister on Thursday.

He identified the victims as Ul Leakhena, 14, and her sister Ul Thida, seven, who lived near the accused’s house in the district’s Phsar commune.

Maj Gen Vannara noted that Mr Puoy is charged with murder accompanied by torture, cruelty and rape and faces life in prison if convicted. He was arrested on Friday and is now in jail pending trial.

Maj Gen Vannara said that during his interrogation, the accused confessed that on Thursday he went to the victims’ house when there was no one else at home.

Maj Gen Vanarra said the victims were staying with their uncle and aunt who were out at the time. 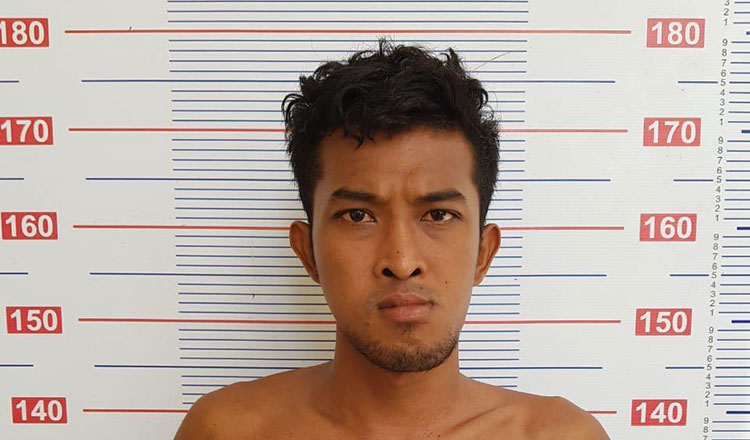 He said that after the accused caught and was raping her sister, the younger girl screamed for help.

“The accused feared that they would report the rape to their aunt, uncle or others,” Maj Gen Vanarra noted. “So he killed them both by strangling and suffocating them with pillows pressed against their noses and mouths.”

“After killing them, he hid their bodies inside a big case in the house and fled,” he added.

Captain Bun Visal, deputy district police chief with the criminal investigation department, said the victims were found by their uncle who searched the house for the girls when he came home.

He said that after finding the bodies stuffed in the case, the uncle reported the crime to police.

Cap Visal noted that police first detained the uncle and aunt for questioning and later arrested the accused after finding a t-shirt he left near the victims’ house.

“He confessed that he killed them by strangling their throats and pressing pillows against their noses and mouths,” he said. “At first he killed the younger sister because she was screaming. After that, he killed the elder girl.”

“He also confessed that he raped the elder sister but not the younger girl,” he added.