The Mines and Energy Ministry yesterday held a public forum with residents living in Kampong Cham province’s Kang Meas and Srey Santhor districts in order to address their concerns over riverbank collapses.

Mines and Energy Minister Suy Sem yesterday hailed the forum as a success. Mr Sem said the ministry will hold another forum to address the same issue in Srey Santhor district’s Meanchey commune on Tuesday.

Residents complained that sand dredging along the Mekong river in both districts are making people fear for the safety of their homes. 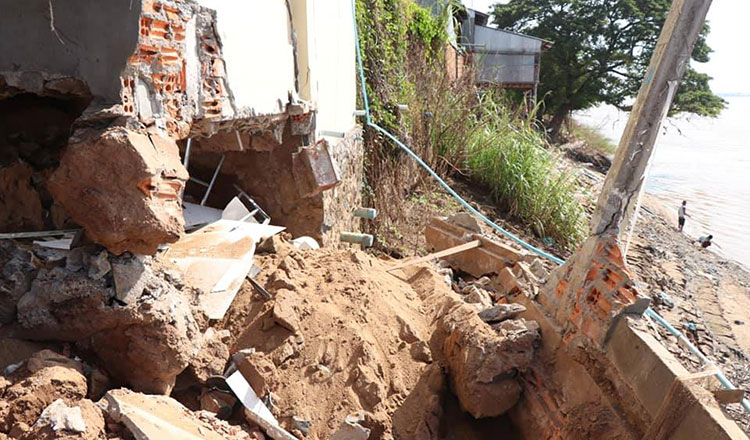 “Officials came directly to explain the technique of sand dredging to residents. Some cases of riverbank collapses were not from sand dredging,” Mr Chamroeun said. “They were caused by natural water flow. Sand dredging is an important business for construction – a need for everyone.”

He noted that residents must understand why riverbanks collapse.

Mr Chamroeun added that businesses that operate without a license would face legal action.

“Some residents understand, while others do not. Some people complain, while others do not,” Mr Saroeun said, adding that the public forum is important for people to share their concerns. “Residents can raise their ideas and concerns during the forum. They could get an instant response from authorities.”