With Halloween around the corner, on October 31, what better series to review than ‘American Horror Story: Asylum’. Since its first season, this series has been captivating its audience in more ways than one.

‘American Horror Story’ is created by Ryan Murphy who is most well-known for his high school hit drama ‘Glee’ – ironic, right? Some people get turned off by the title ‘Horror Story’ but it’s not exactly how I would describe it accurately to a more cautious viewer. It is a heightened drama with horror elements that focuses on our own downfalls in our daily relationships with ourselves and others.

‘American Horror Story’ is a well-known anthology series. Each season tells a different story, with a different cast, but there are several points where they refer back or forward to each other. Each series hits on some moral human fallacy that creates its own sort of horror reflection back to its audience.

Season Two dubbed the ‘Asylum’ is no different.

“The sins of the past haunt the present at the notorious Briarcliff home for the criminally insane, ruled with an iron fist by Sister Jude. Forbidden desire and terrifying evil lurk around every corner”

There are some definite feminist messages in this season as there was in the first. Between two of the lead female stars, Sister Jude played by Jessica Lange and Lana Winters played by Sarah Paulson, ‘Asylum’ positions itself as a story about the dangers of being outspoken women ahead of their time. While women can yield power, it’s always under the system of patriarchy equating to oppressive illusionary forms of power.

‘Asylum’ opens with a couple spending their honeymoon in the 12th most haunted place in the United States. We find them wandering the abandoned grounds of Briarcliff, which was built in 1908. Briarcliff Manor was once the largest tuberculosis ward on the East Coast and 46,000 people died there. Next we see the couple get sexually excited about being able to have sex in a place with such an infamous past.

Like all morally vicarious situations you know – like the messages we receive from fairy tales –the husband gets attacked by some shadowy creature. His wife runs away to find them some help, but encounters a terrifying villain named Bloody Face (this season’s main villain).

Before we know what is to become of the newlywed’s fate, we’re transported back to the past, when the asylum was still functioning. The year is 1964, and the mystery of Briarcliff asylum is just beginning. 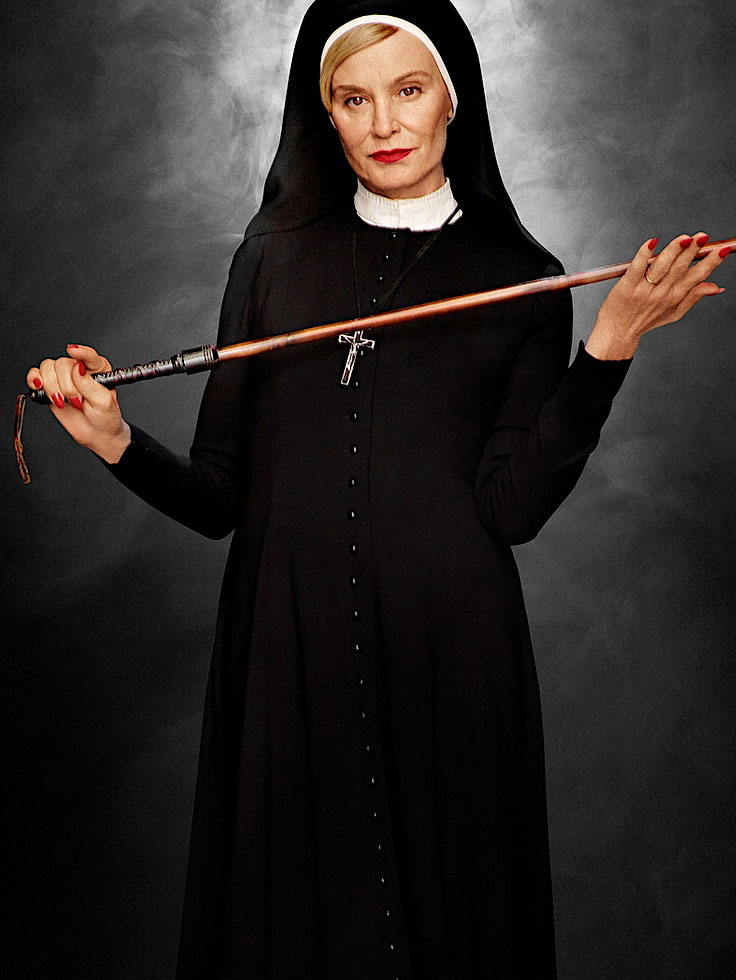 Kit Walker played by Evan Peters, is working at a gas station where he is being messed with because it is suspected he is married to an African American. After work we see him arrive home to an interracial marriage of pure love. However, something strange happens as his wife is killed. He is now accused of being a serial killer, despite his claims that aliens skinned his wife alive – which, of course, have fallen on deaf ears. Because there has been a string of killings similar to this one, he not only is being accused of killing his own wife but also branded as the Bloody Face killer police are looking for.

Lana Winters, is an investigative reporter, one who coaxes her way into Sister Jude’s office, demanding information on a serial killer known as Bloody Face. When Lana is given no information, she decides to break in at night. This turns out to be a decision that would change the course of her life forever. Sister Jude knows that Lana Winters is a homosexual and convinces Lana’s partner to have her committed or risk being exposed as a sexual deviant.

As a patient, she is forced to go through “conversion therapy” with Dr. Oliver Thredson (played by Zachary Quinto), in an attempt to alter her sexuality – homosexuality was largely frowned upon in the 60’s and as viewed as an illness and a borne sin.

At Briarcliff, the nuns attempt to force her to submit to their rules, but nevertheless Lana keeps fighting until the very end.

Overseeing the madness of Briarcliff is the stern and sadistic Sister Jude (Jessica Lange). Sister Jude is a woman with a sordid past, suspicious of science, and has a firm belief that mental illness is a sin that must be beaten out of the human spirit. She’s also inclined to view everyone as her sworn enemy, nobody more so than Dr. Arthur (James Cromwell), hired by the church to make Briarcliff a leader in the medical treatment of the insane. He, of course, follows the traditional psychoanalytic practices of the time.

Monsignor Timothy Howard is Sister Jude’s weak point and someone for whom she would literally give up everything just to have him. He tells Sister Jude he wants to turn the hospital into a groundbreaking facility, one that acknowledges that science is a gift from God and that strives to make people’s lives better instead of driving them crazier. He thus allows for an ex-Nazi doctor to preform human experiments. 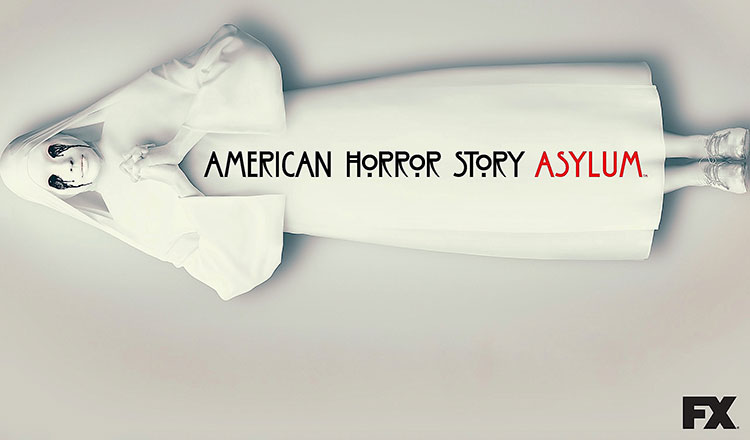 Sister Jude is so turned on by him that while he’s talking, she zones out and imagines seducing him. She wears a red negligee underneath her habit that she keeps secret. While his dream is to become Pope, she indulges him with that fantasy and sees herself going along to the Vatican for the ride. This concept of Popehood plays more into the corrupt power system of the Catholic Chruch and shows how spirituality has been usurped for religious power.

But let’s not forget Sister Jude is still a nun with limited power. Early on in the series, an exorcism must be preformed where the Devil taunts her: “It drives you cra-a-azy. To be the smartest person in the room, with no real pow-w-wer. Because of that smelly clam between your legs”. This sets up the reality – the limitation of being female. Sister Mary Eunice (Lily Rabe) becomes possessed as a result of the exorcism. As a human, she is innocent and pure ,everything that Sister Jude and the Monsignor are not.

After the Devil gets a hold of her, Mary Eunice’s purity begins to burn away. We see her set up Sister Jude and transform her into something extremely brazen. At one-point Sister Mary Eunice rapes the Monsignor. While he tries to say no she simply says “Your body disagrees with you.” He further insists “I gave my body to Christ.” She counters, “What has he given to you?”

I think one of the themes this season conveys is that none of us are entirely innocent or evil for that matter. So-called original sin runs rampant throughout ‘Asylum’, where many scenes are structured around religion and humanity’s treatment of God as a deity, a concept, and man’s invention. And using this power of God as a reason to abuse power.

Want to find out who Bloody Face is? Curious how Lana Winter is able to take down Briarcliff? Then sit back this weekend with your favourite treats and stream ‘America Horror Story: Asylum’ on Netflix.