Chef Girardon* began his career in legendary kitchens such as La Pyramide (established by Fernand Point, the grandfather of modern French cuisine), the The Waterside Inn, in Bray, England, established by Michel and Albert Roux, and l’Oasis, founded by Louis Outhier, one of the most highly decorated chefs of his time. His cuisine is described as refined and simple, generous and honest — like the man himself. It focuses on the authentic and innate flavours of his ingredients. He prefers to use locally‐sourced, fresh and seasonal produce from his region in southeastern France.

He wants his guests to feel the “soul” of the products. To maintain the integrity of his dishes, Topaz will be providing him with market‐fresh local ingredients alongside those flown in directly from France for this event. As a Meilleur Ouvrier de France winner, Chef Girardon* is expected to contribute to the growth of his profession by guiding the next generation. During his stay in Cambodia, he will fulfill this responsibility by providing training to Topaz Restaurant kitchen staff; imparting knowledge he’s gained over his illustrious career on food preparation and
plating technique to Topaz Restaurant’s young Khmer staff. 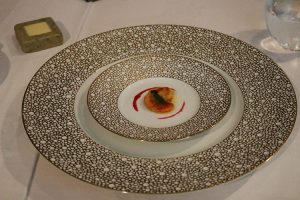 Heineken and EDM Cambodia will organise ‘Afterlife: Day of the Dead’