A lawyer for former opposition leader Kem Sokha, who is currently on bail as his treason case progresses, has called on Phnom Penh Municipal Court to conclude its investigation and grant his client permission to pursue medical treatment overseas.

Pheng Heng, the lawyer, yesterday said the court is likely to wrap up its probe soon due to the current stability of the political environment.

“The judge has no new evidence or summoned new witnesses, and my client was behind bars for more than a year,” Mr Heng said. “This is a political issue and I am optimistic that the investigation will soon conclude.” 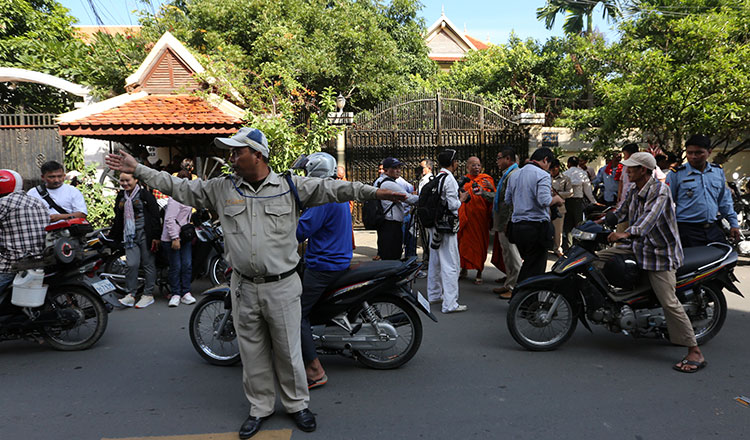 “The judge has not returned Mr Sokha’s passport regardless of the amount of requests we have made to pursue medical treatment overseas,” Mr Heng said.

Reached by phone yesterday, Lt Gen Thet said Mr Sokha has been visited by relatives, doctors and lawyers since his release.

“The situation is quite good, nothing is a concern,” he said. “Our officers have monitored the situation well. It is our job to ensure his safety until the court issues another notice.”

Mr Sokha was charged with treason over comments he made in a 2013 video, in which he said the United States had been helping him push for a regime change in Cambodia.