A prominent environmental activist has reached out to the UN Special Rapporteur on Human Rights and the Environment in a bid to have him oppose a timber trade deal set to be inked between the European Union and Vietnam.

Environmental activist Ouch Leng, chairman of the Cambodia Human Rights Task Force, said yesterday that he has corresponded by email with an officer at the Office of the United Nations High Commissioner for Human Rights, where Special Rapporteur David Boyd works. 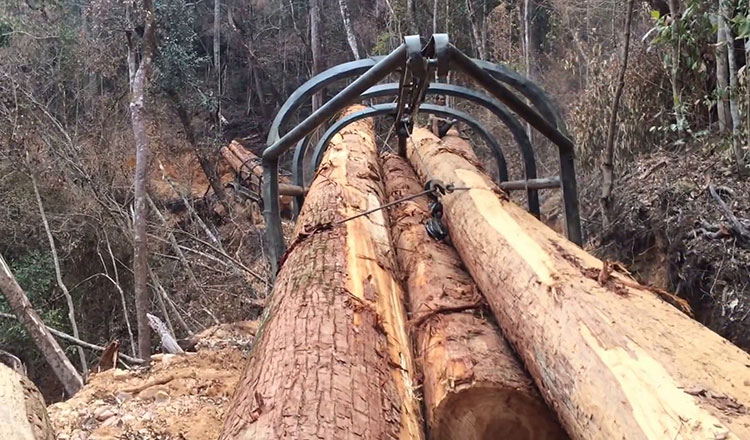 “We would need additional information and supporting documents, such as for example the draft agreement between EU and Vietnam, the timeline for the negotiation and the signature of this agreement, the relevant pieces of Cambodian legislation regarding logging and data regarding forestry in Cambodia and timber production in Vietnam, more details about the cases you mentioned of illegal logging sent to Vietnam and the EU aid policy in Cambodia,” Ms Laurence said.

Ms Laurence could not be reached for comment yesterday.

Mr Leng, the 2016 Goldman Environmental Prize winner for Asia, said he is concerned that the EU-Vietnam timber deal will lead to further destruction of Cambodia’s forests because illegal loggers plunder them to feed the Vietnamese market.

“I need the EU to take strong legal action against Vietnam because over the last three years we have collected enough evidence from our government showing that Vietnamese companies are embroiled in large-scale illegal logging and timber smuggling from Cambodia,” Mr Leng said.

Vietnam and the EU began negotiating the Voluntary Partnership Agreement in November 2010. In November 2016, they agreed in principle on its content.

The EU is scheduled to sign the VPA with Vietnam under the European Timber Regulation this month.

In June, the UK-based Environmental Investigation Agency released a report saying that more than one million cubic metres of illegal timber flowed unhindered from protected areas in Cambodia’s northeast provinces to Vietnam as the latter continued its role as a serial illegal timber trade offender. 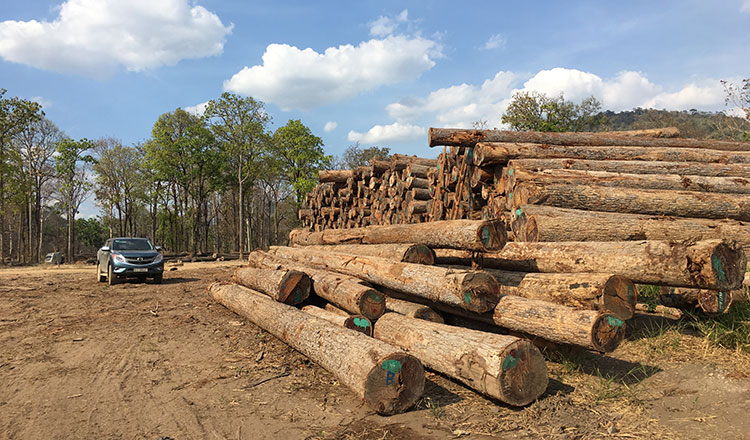 The EU earlier this week quashed concerns of several Cambodian environmental NGOs over the deal, saying that the scheme promotes legally harvested timber, according to EU Ambassador to Cambodia George Edgar.

Mr Edgar said that the EU was committed to combating illegal logging and noted that Vietnam will need to develop its Vietnam Timber Legality Assurance System and strengthen its mechanisms to detect violations after ratification of the VPA.

Anti-logging activist Marcus Hardtke said yesterday that Vietnam does not yet have such mechanisms in place.

“Vietnam does not have controls in place to stop illicit imports and is therefore fuelling illegal logging in Cambodia,” he said. “The Cambodian government should request an import stop from the Vietnamese.