A commune villager, who declined to be identified because he was concerned about his security, said the officials raided the area and ordered owners of five mines to stop their operations.

District Governor Soum Sarith yesterday said that he did not know about the crackdown because officials did not inform him.

“Only two illegal mining places were shuttered by the provincial court in 2017,” Mr Sarith said, adding that he did not know whether there were fresh cases of illegal mining in the area because it was far away and difficult for the commune administration to check.

“Some information from that area was not received clearly,” said Mr Sarith.

Pen Lynat, a Provincial Hall spokesman, said that he has not received any information yet and could not comment on the crackdown.

Provincial Governor Va Thorn and Sok Kirirath, provincial mine and energy department director, could not be reached for comment.

In May, nearly 30 illegal gold mining operations were shuttered in Mondulkiri province, after Mines and Environment Ministry officials investigated the cause of a poisoning incident where 13 villagers were killed downstream in Kratie province. 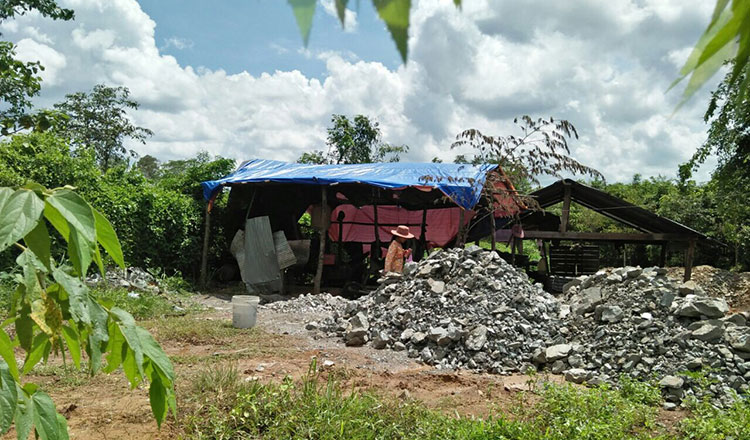 About 80 villagers in Mondulkiri province were also hospitalised because of poisoning in the water upstream.

Sann Darith, Mondulkiri provincial mine and energy department director, said yesterday that he and his officials had not gone to check if the shuttered mines have resumed operations in the district’s Chong Plas commune.

Phat Chhum, chief of Sre Non village in Chetr Borei district where the villagers were poisoned, noted that they have not resumed using water from the Prek Ter stream yet.

“Until now, all villagers in my village do not use the water from Prek Ter stream yet because they are still afraid of being poisoned,” he said.