Home - CMAC to use ‘smart’ dogs in demining

CMAC to use ‘smart’ dogs in demining

The Cambodian Mine Action Centre is training intelligent dogs, equipped with cameras and communication systems, to detect landmines and cluster munitions in demining operations.

CMAC director-general Heng Ratana yesterday said that the organisation is cooperating with APOPO, a demining organisation that uses rats, to carry out the programme.

He noted that they are studying ways to train the dogs and equip them with cameras, sound systems and remote communication systems.

“The purpose of the smart dog programme is to speed up landmine/cluster munitions clearance, not just in the Kingdom but in other affected countries around the world,” he said.

Mr Ratana said CMAC is training seven dogs and will take them for tests at a landmine field in November.

“There are a few dogs which are sturdy and can rapidly understand and communicate using the new system,” he said. 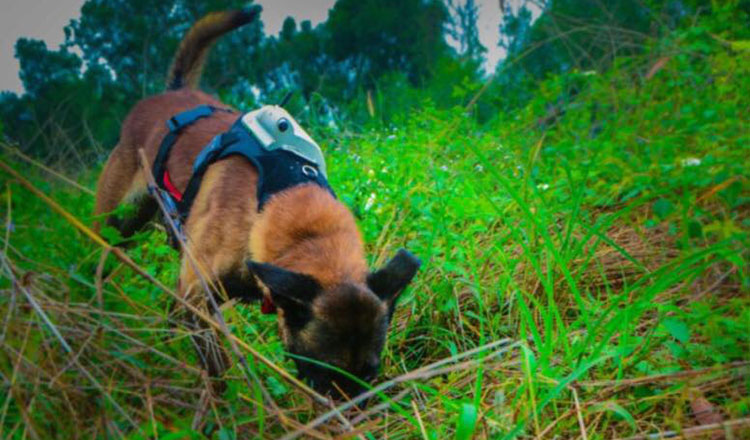 Mr Ratana said that presently, deminers leash the dogs and follow them to sniff out mines, noting that with the new system, deminers do not need to use leashes.

He said the new system allows the dogs to be let loose to detect landmines and equipment will send signals to screens to show a mine’s location.

“After the dogs discover the landmines the deminers will do their job,” Mr Ratana said.

Last month, the Cambodian Mine Action and Victim Assistance Authority reported that from 2000 until August this year, 1,444 people were killed in landmine accidents, while another 6,192 people were injured.

It added that Cambodia will need 2,000 more deminers to make the Kingdom mine-free by 2025.