The government and the United Nations’ Food and Agriculture Organisation have committed to eradicating hunger in Cambodia by 2030.

The commitment was made yesterday at an event to mark World Food Day 2018 in Kampong Cham province’s Stung Trang district.

Agriculture Minister Veng Sakhon said in a speech that in 2015, 512 million people faced hunger and malnutrition in Asia-Pacific, 100 million of whom were children.

He said that to realise the “zero hunger” goal, governments must ensure 100 percent availability of food throughout the year through sustainable food production, raising the incomes of farmers and making sure there is no waste.

Mr Sakhon noted that Cambodia’s GDP was growing at about 7 percent per year.

“Even though Cambodia faces natural disasters, such as floods and storms, the government has ensured food security for people,” he said. “Cambodia has had food security since 1995 and even exports rice to other countries.”

Yesterday, the FAO released a statement saying that three years ago, all UN member countries pledged to end poverty and hunger through sustainable development goals.

However, a report released this year titled The State of Food Security and Nutrition in the World shows that hunger levels have risen globally since then, with nearly 820 million suffering from malnutrition last year.

The FAO said the world is returning to hunger levels recorded a decade ago, blaming conflict, extreme weather patterns, climate change and economic slowdowns for the reverse.

It noted that this year’s World Food Day is taking place during a critical moment in the fight against hunger and malnutrition.

It added that the moment has come for countries to redouble efforts to achieve the global goal of zero hunger and called on the international community to work more closely to meet the 2030 target.

The organisation collects, analyses, and disseminates data that aids food security development and works with countries to devise and implement policies that lead to realising the zero hunger target. 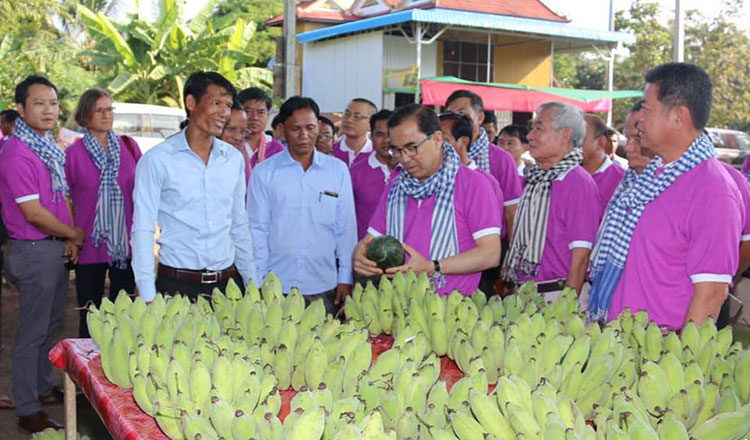 In Cambodia, FAO has supported the government to develop its National Zero Hunger Challenge Action Plan, 2016-2025.

Cambodia is a part of the FAO’s regional Zero Hunger Challenge Initiative, which involves capacity building, technical support on policy assessment recommendations and evidence-based studies on aspects of crop diversity.

Alexandre Huynh, FAO representative in Cambodia, said at yesterday’s event that all relevant actors, including government, civil society, the UN, the private sector and farmer cooperatives, must take action to achieve the zero hunger goal.

“Fighting for zero hunger is not limited to providing food to eat,” he noted. “We need to join forces to ensure that everyone has access to safe food with necessary nutrients for a healthy life, so that we can fully address all forms of malnutrition.”