Preah Sihanouk provincial police on Monday met with Chinese police from Jiangsu province to exchange information amid a rise in crime committed by Chinese nationals.

“They came for an official visit to the province and they discussed how to better understand our province,” Maj Gen Narin said. “They also discussed our future visit to China.”

Maj Gen Narin said discussions were not limited to security, but also current events involving Chinese nationals in the province.

“We exchanged information and discussed how to cooperate better,” he added. “The meeting was not only about security, but also other issues.”

Last month, Interior Minister Sar Kheng instructed four units to set up a support team to restore security in Preah Sihanouk in order to counter a spike in crime following an influx of Chinese nationals. 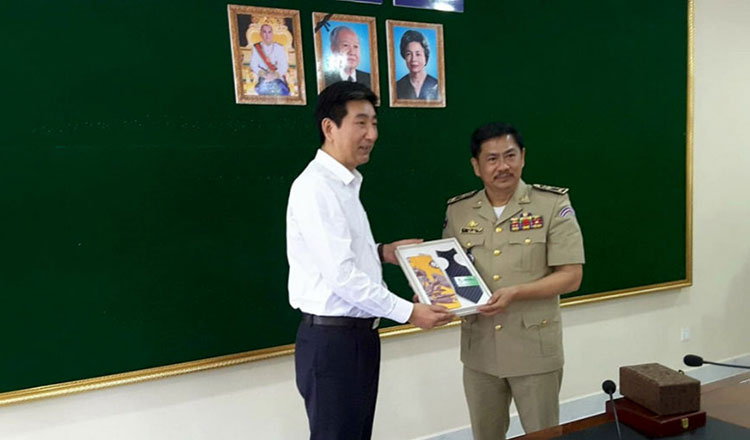 “The number of crimes can be checked and controlled now,” Brig Gen Phally said. “Before, they [the Chinese] did not understand Cambodian law, and caused problems. Now it seems like they have a better understanding of Cambodia.”

On Monday, the General Department of Immigration deported 91 Chinese officials nationals suspected of partaking in online scams in Kampot province. The suspects were handed over to about 200 police officials from China and were flown back to their homeland.

The department has reported that 14,909 foreigners from 93 different countries have been deported from the Kingdom since 2014. Of them, 1,649 Chinese nationals who committed scams and economic crimes were deported.