Koh Kong road to be repaired in time for Sea Festival

Transport Minister Sun Chanthol has confirmed that a 63-kilometre stretch of road leading to Koh Kong province will be repaired prior to the Sea Festival in December after it was damaged by recent floods.

The stretch of road, from Sre Ambel district to Koh Kong city, was severely damaged by floods and use by overloaded trucks, Mr Chanthol said on Sunday.

Mr Chanthol made the commitment to repair the road while visiting damaged sections on Sunday.

He said repair teams from the Ministry of Defence and the Engineering Corps are repairing the route and will finish before the festival to facilitate travel for people expected to partake in events.

Mr Chanthol said the road is damaged in 91 different sections, noting that he has earmarked 114 machines and $12 million to speed up the repair work before the festival.

“About 70 percent of the heavily damaged road has been repaired thus far,” he said. “I ask for understanding and tolerance from people who are struggling to travel due to the damage and repairs. We will finish by December.” 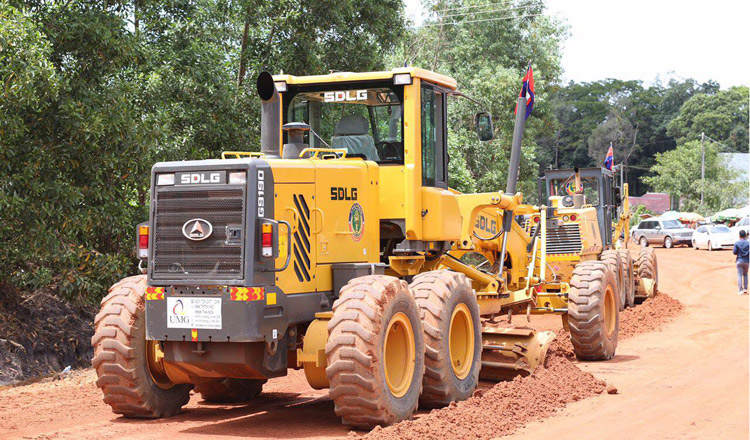 Mr Chanthol also issued a plea for truck drivers not to overload their vehicles when using the road.

Koh Kong Governor Mithona Phouthorng said the road is the main road to reach Koh Kong city and is needed for the festival.

“The people will be happy when the road is finished,” she said. “It will make traveling to the festival easier.”

According to a report from the National Committee for Disaster Management, 1,434 kilometres of roads were damaged by recent floods.

This year’s Sea Festival will take place over three days, from December 14 to 16 in Koh Kong.