Indigenous people in Mondulkiri province’s Keo Seima district yesterday expressed concern over logging activities in the Phnom Prich Wildlife Sanctuary, which they claim is allowed by some commune authorities.

A representative of the indigenous Bunong community, who only identified himself as Sary, said that community members regularly patrol the forest in the district’s Chong Phlas commune and often find people hired by timber traders to cut down trees.

Mr Sary, 45, noted that the community was concerned over the illegal clearing of the forest and the loss of resin and Koki trees.

“Yesterday, we patrolled the forest and found some loggers,” he noted. “We asked them who allows them to log and they said that commune authorities gave them permission.”

“We are concerned and will hold a meeting to discuss the issue and prepare a petition to submit to provincial authorities,” Mr Sary added.

An ethnic Bunong resident, who asked not to be named, said that although there are fewer cases of logging in the forest since the national election, timber traders are still felling trees, especially at night. 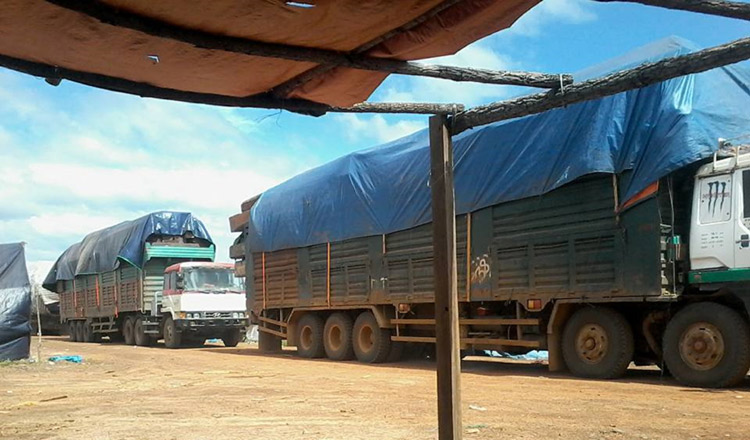 Chong Phlas residents have in the past appealed to the government to intervene and take strict measures to prevent forest crimes, land grabbing and also stop foreign companies from mining in the commune to save forests in protected areas.

Commune chief Leat Limkun yesterday dismissed the residents’ claims and said there were no cases of illegal logging in the area.

“I have not received any reports of logging cases from them or officers who are stationed in the area,” Mr Limkun said.

In August, Sak Setha, secretary of state at the Interior Ministry, sent letters to three provincial governors in the country’s northeast, including Mondulkiri, Ratanakkiri and Stung Treng, to take action to prevent and suppress forest crimes.

The letters to the governors stated that the ministry had received a letter from an EU delegation about illegal logging operations at Virachey National Park, Phnom Prich Wildlife Sanctuary and in the natural forest north of the Lower Sesan II Dam.

Mr Setha and could not be reached for comment yesterday.

Last month, Interior Minister Sar Kheng ordered Mondulkiri Governor Svay Sam Eang to immediately crack down on forest crimes after he found that such crimes continue to occur in the province.

Koh Kong road to be repaired in time for Sea Festival