The Transport Ministry is looking into alleged corruption involving 14 sacked ministry officials who were tasked with overseeing container truck weighing stations across a number of National Roads.

Transport Minister Sun Chanthol on Sunday said the 14 officials are suspected of corruption.

“I am committed in whatever way to prevent our officials at weighing stations from allowing trucks to pass without properly weighing them. We will re-examine surveillance cameras,” Mr Chanthol said. “We are also discussing the case and working on it with the Anti-Corruption Unit.”

He added that the suspected officials were sacked from their posts.

“Fourteen of them were promptly removed from their posts because of this problem – and the case is ongoing in court – they are not free from the case,” Mr Chanthol said. “They are officials who modified scales to falsely display weight. It is time we take tough action.” 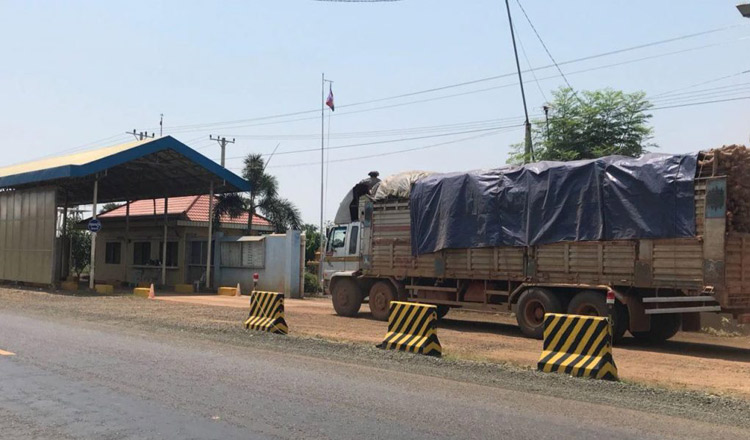 “The stations where those officials were based include National Road 5 and National Road 7. The complaints were filed by tycoons who were not happy,” Mr Sim Sorya said. “Officials should work to serve the people.”

He added that a court is processing the case and has requested the case’s dossier from the ministry.

“People seem to underestimate such corruption. I think this case is very large because it causes road damage that could cost the government about $200 million per year,” Mr Chey said.

Transparency International’s Corruption Perception Index 2017, released earlier this month, ranked Cambodia 161 out of 180 countries, down from 156 in 2016. The CPI ranks countries by their perceived levels of public sector corruption.

Phay Siphan, a government spokesman, dismissed the CPI ranking after its release, noting that the government has been combating corruption.

“Corruption is a secret activity between persons and corruption involves money,” Mr Siphan said. “This is the interesting thing that I noticed, I don’t know how [Transparency International] can determine this. We don’t understand the formula it uses to determine Cambodia’s score.”