The Labour Ministry has reminded business owners not to employ minors, while also noting that it has not come across any cases of child labour so far this year.

Labour Minister Ith Samheng on Friday said employers must respect and follow labour laws and directives issued by the ministry regarding the employment of minors.

“Although we haven’t come across factories, enterprises, bricklayers or other businesses who employ children, we want them to remember labour laws,” Mr Samheng said.

“The ministry will take legal action on business owners who are caught making this mistake,” Mr Samheng said.

Last year, rights group Licadho warned that children were still being exploited in handicraft and brick factories across the country despite efforts to put an end to child labour.

Licadho’s monitoring manager Am Sam Ath at the time said government policy to reduce and eliminate child labour failed to rescue some of the country’s most vulnerable young people.

“It still happens in some handicrafts and brick factories and in people’s homes where children work as maids,” Mr Sam Ath said. “We have the government policy in place, so we must implement it and punish owners of factories and perpetrators who commit these crimes.” 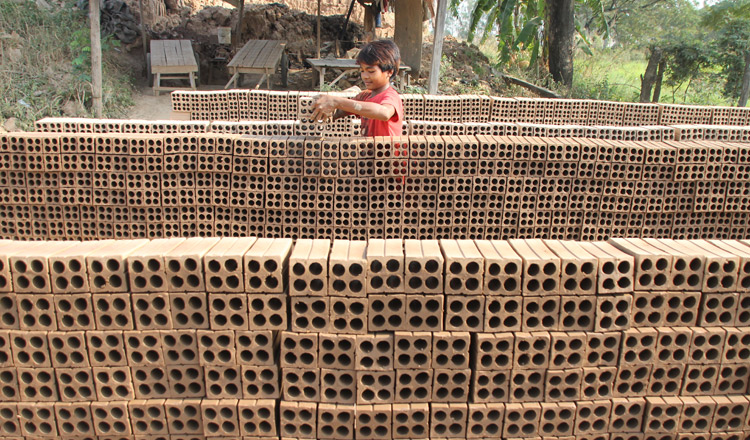 A Licadho report in 2016 said many children working in the brick manufacturing industry do so to help their parents, who are poor and often in debt bondage with brick factory owners.

The report said the practices of debt bondage and child labour “are closely related and together are responsible for trapping multiple generations of families in a repeating cycle of poverty and servitude”.

Mr Hun Sen told officials to continue to raise awareness and disseminate information regarding the prevention of child labour in all economic activities.

In 2016, the Labour Ministry launched its 2016-2025 National Action Plan on the reduction of child labour.

Soeung Sarsochetta, a Labour Ministry secretary of state, said the ministry has inspected nearly 400 brick and handicrafts facilities around the country. Ms Sarsochetta said there were no cases of child labour.