The tripartite working group tasked with determining the minimum wage for workers in the textile, garment and footwear industries has proposed two final figures for the 2019 minimum wage, which is expected to be finalised today.

The two figures will be up for an official decision made by Labour Minister Ith Samheng and the Labour Advisory Committee at 2 pm today.

Chairing a final meeting of the tripartite working group yesterday, ministry spokesman Heng Sour said two figures, $182 from unions and $177 from employers and the government, will be tabled to the minster, who is also the LAC president, today.

“The two figures we got include $177 proposed by employers and the government and $182 proposed by the unions,” Mr Sour said. “Tomorrow, the Labour Advisory Committee will have a meeting and make a final decision on the figures that we got today.”

“We expect that tomorrow we will get an official figure for the minimum wage for workers in the textile, garment and footwear industries for 2019,” he added.

He said that unions first proposed $189 but dropped their figure to $182 as the process continued. 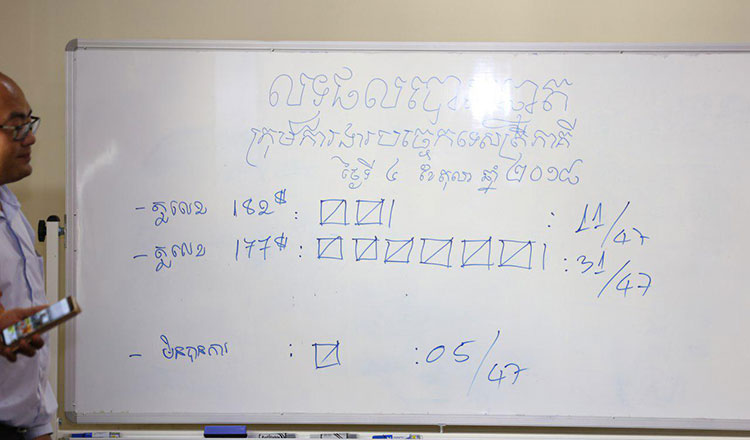 “I think the decent figure for an increase of garment workers’ minimum wage for 2019 should be $185 per month. I want it higher than this, but the acceptable figure is $185 because we know that this time it is difficult for workers, employers and also the government to agree,” Mr Thorn said.

Kaing Monika, deputy secretary-general of the Garment Manufacturers Association in Cambodia, said yesterday that employers adjusted their figure from $176 to $177 because they wanted to facilitate negotiations.

“It is a good sign when all figures are close. It does not make one another look higher because it is not a good sign for investors, both for old and new investors,” Mr Monika said. “When we are negotiating the minimum wage, they [investors] are worried about the higher figures proposed by the unions.”

Mr Monika declined to comment on whether the figure proposed by employers or the one by unions will be approved in the LAC meeting today.

The minimum wage for garment, textile and footwear workers was set at $170 for 2018.

Push for more women in politics

Ministry reminds public to be hygienic