Ros Samon, the man accused of being behind a plot to overthrow the government, has admitted to receiving money from exiled Khmer National Liberation Front president Sam Serey, a senior official said yesterday.

“Ros Samon said he met with Sam Serey and received money to set up the plot,” Gen Sopheak said. “I believe there are a number of people involved in this operation and our police will work hard to hunt them down.”

Mr Samon was charged on Wednesday for participating in and organising an armed group. He was also charged with trafficking weapons, explosives and ammunition.

Lieutenant General Y Sokhy, chief of the Interior Ministry’s department for combatting terrorism and transnational crimes, said Mr Samon is one of the masterminds behind the plot.

“It’s hard for me to tell you more right now because we are working on it,” Lt Gen Sokhy said. “I am in charge of the case, my role is important. I will reveal the whole story once we are done.”

“I would like to say that the information related to the investigation is now placed under court procedures, it cannot be disclosed,” Mr Sophanna said. 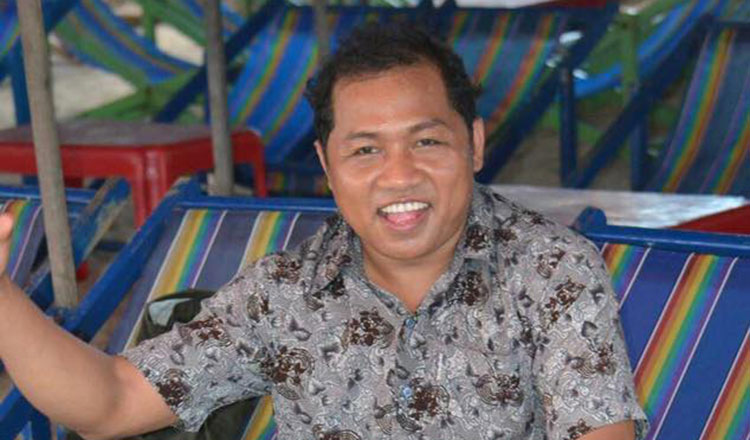 Mr Samon and eight other people have been linked by police to the KNLF and the Tiger Head Movement, both deemed terrorist organisations by the government.

Police said a total of 29 AK-47 assault rifles, one handgun, and a number of explosives and ammunition were confiscated from the accused. All nine are now in jail pending trial.

Mr Serey, who is in exile in Denmark, yesterday denied providing money to the group.

“I don’t have money,” he said. “How can I have money to buy weapons? Everyone knows me as a politician. It is not true at all all. I am very poor.”

“Whatever Mr Serey says it’s up to him. Police arrested suspects and questioned them. We are not saying they’re guilty before a court can judge them,” Lt Gen Kim Khoeun said.

Since 2014, about 20 KNLF members have been convicted of incitement and plotting to topple the government. Each member received between one to ten years in jail.

Ministry reminds public to be hygienic