Captain Seng Sary, a district police officer, identified the suspects as You Chitra and Hong Sarith. Both men were employed as security guards in the district’s Kakab II commune.

Cap Sary said the suspects were posted at a private property on Wednesday. He added that the suspects scaled the walls of 47-year-old businesswoman Preab Somalea’s home while she was out.

Upon seeing the suspects in the vicinity of the victim’s residence, neighbours began shouting and asking for help. 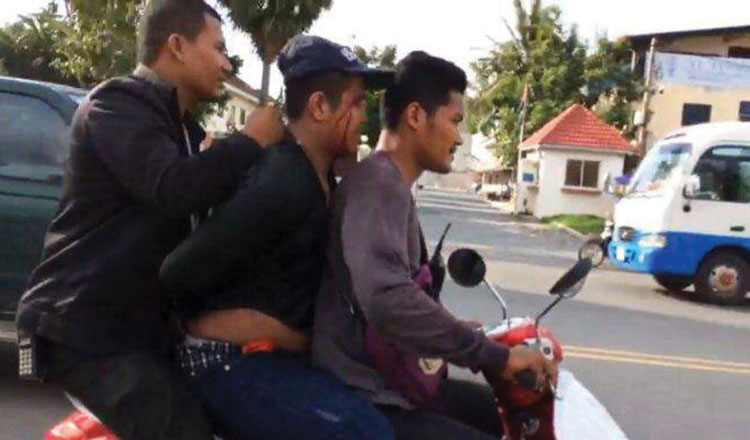 Other neighbours soon answered the call and held the suspects until police arrived.

“They were arrested with evidence after they climbed the walls of the victim’s house and forced open locks in order to steal,” Cap Sary said. “Police confiscated stolen money and jewellery worth more than $5,000. The stolen property was handed over to the victim.”

He said the suspects have been accused of theft and could face up to five years in prison if convicted.

The suspects are being detained at the district police station and will be sent to Phnom Penh Municipal Court for questioning today.

Three face up to ten years in prison over mob violence