Cambodia observes a myriad of traditions and rituals all throughout the year, with each celebration bearing a significant meaning and purpose. On September 25, Khmer Buddhists started the 15-day Pchum Ben religious festival or Ancestors Day. Each day within the period, people gather at pagodas to hear monks chant and offer rice balls to their dead ancestors. Say Tola visits a local pagoda in Phnom Penh and sees how Cambodians flock at Wat Ounalom before sunrise to uphold this centuries-long practice.

It was just four in the morning – roosters have just awoken from a good night’s sleep. But more than a dozen of old women have already found their places along Sisowath Quay. They have with them sets of sticky rice balls and candles they were to sell to people coming to Wat Ounalom.

Inside the pagoda, hundreds of Khmers of all ages – most of them in white garbs – listened to the monks chanting a prayer in Pali language. Some opted to offer their prayers in front of a huge Buddha statue at the temple.

This happens every day for 15 days as Cambodia observes Pchum Ben or the “Ancestors Day”. This is a time when people pay their respects to deceased relatives and offer food and prayers for their spirits. People traditionally celebrate Pchum Ben mainly to dedicate merits and bless dead spirits, who, unbeknown to them, may have become hungry ghosts (preta) after passing away. Khmers prepare or buy rice balls – made from sticky rice and sesame – believing that the ghosts of the departed ones will feed on them.

Twenty-five-year-old Oum Sopheak was one of those who joined the ceremony. She arrived at Wat Ounalom as early as three in the morning. She shared that she has been practicing the tradition since she was 13, as it is her way of giving food and prayer to her dead ancestors.

“I came here because I am a Buddhist follower. I want to make merits and offer some food to my ancestors through this way,” she explained.

“I was really influenced by my parents who are also Buddhists. So no matter how busy I am, I still have to share some time for this important tradition.”

Ouch Om, a Buddhist layman at Wat Ounalom, is now almost 98 years old. But he continues to follow traditions and rituals as religiously as possible, not minding the time he has to wake up to perform such.

“If you believe that throwing rice balls is like offering food to the ancestors, you can throw it. But some people do not believe it would help. They think it’s a waste.”

Om has witnessed almost all the important phases of modern Cambodia and its people. He has lived through several generations, and has been an onlooker of the evolutions from the pre-Khmer Rouge regime to Pol Pot era and now, to the new Cambodia.

With this comes the fact that he has also seen the changes in how Pchum Ben has been held through the years.

“It took five Buddhas to negotiate to hungry ghosts. But not all ghosts can take rice balls offered by their relatives. If their sin is too big, they cannot come and eat. They can come in the early morning, though. That’s the reason we keep throwing rice balls before the sun rises. Otherwise, those ghosts will melt,” he shared.

According to traditions during Pchum Ben, monks chant overnight in a prelude to the opening of the gates of hell. During this time, the ghosts of the dead are especially active. This is why people offer food for the ghosts to eat. It is also believed that that there are four kinds of ghosts that come out during Pchum Ben: those drinking blood, those who are always hot, those who are hungry and those who cannot receive food from living relatives until their sins are reduced.

But throwing rice balls to these ghosts also follows strict rules and conditions. Living relatives must call upon their ancestors to come, pray and accept their merits, and they can only throw three times around the temple.

Khmer people started to practice the throwing of rice balls during the reign of King Ang Duong in 1841. It was recorded that the king himself firmly believed that Khmer people had encountered several wars in the past and that many soldiers had died in the battlefield.

“Since the king understood that most of people were poor and could not afford to hold big ceremonies for their dead ancestors, King Ang Duong initiated this throwing of rice balls to gather and unite people to make merits together. It is not about building merits solely, but also about unity,” said Om, adding that it was also King Ang Duong who shor-tened the Pchum Ben festivity to 15 days from the original three months during Buddha’s time.

But even with the changes of how Pchum Ben is being observed across Cambodia, Om said that he also has seen a growing number of young Khmers participating in the rituals and paying respects to dead ancestors – a proof that no matter how busy people may get as their lives progress, Khmers will always remember and value the souls of the departed. 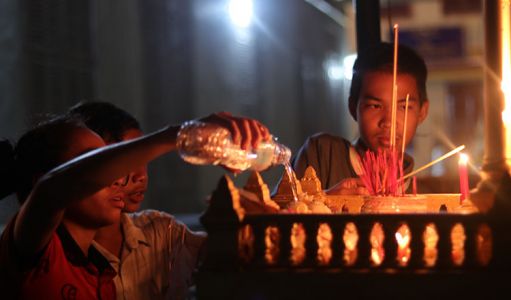 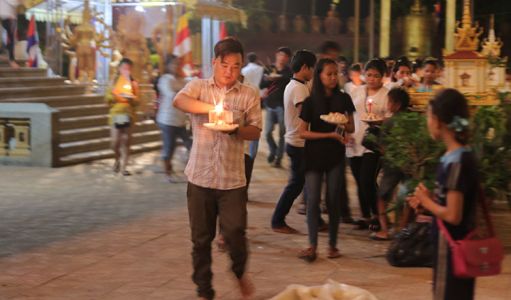 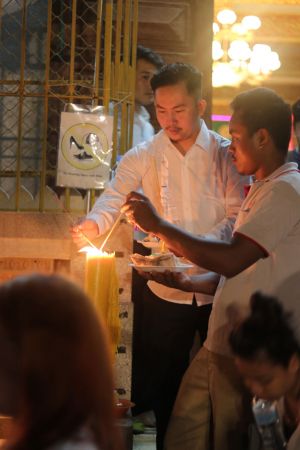 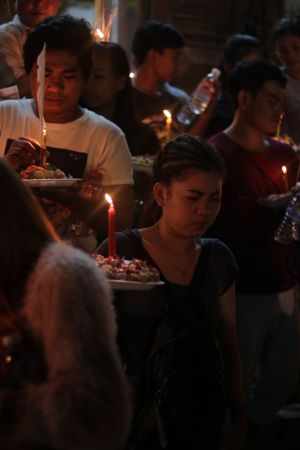 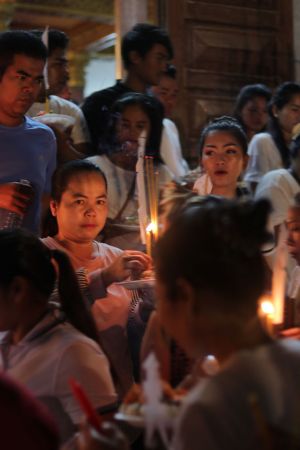 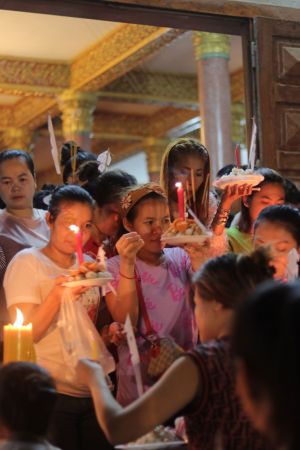 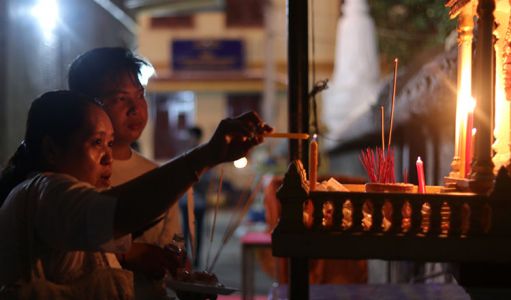 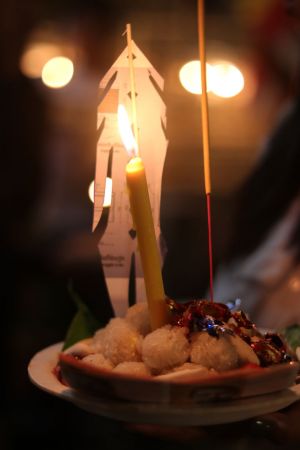 Graves without a name