The Ministries of Environment and Tourism have reiterated calls for factories, restaurants and markets to properly handle waste disposal as the amount produced in the Kingdom continues to grow.

Neth Pheaktra, a secretary of state at the Ministry of Environment, said yesterday that the amount of garbage produced in the country has skyrocketed, at a rate of about ten percent growth each year due to population growth, changes in lifestyle and packaging, and a lack of understanding on how to sort waste.

“All stakeholders, including citizens, please cooperate in the management of solid waste and garbage produced by factories, enterprises, facilities, companies, restaurants, businesses, services, markets, houses and public places in order to keep the environment clean and to improve public welfare,” Mr Pheaktra said.

He said that about 1.5 million tonnes of waste, or 41 percent of total waste, collected annually was sent to dumpsites, while about 400,000 tonnes, or about 11 percent, was recycled. The remaining 48 percent was burned or thrown away into water bodies. 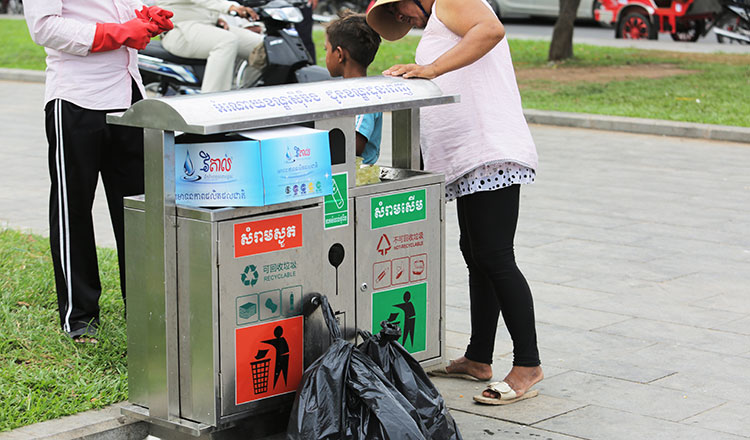 Mr Pheaktra said that solid waste management in cities across the Kingdom has improved, but has not yet reached a high standard.

“Cleanliness and greenery are very attractive to tourists and Cambodia should be able to do it,” Mr Khon said.

He said that starting next year, Cambodia will stop all activities of throwing rubbish or tissue paper under tables in all restaurants and resorts across the country. 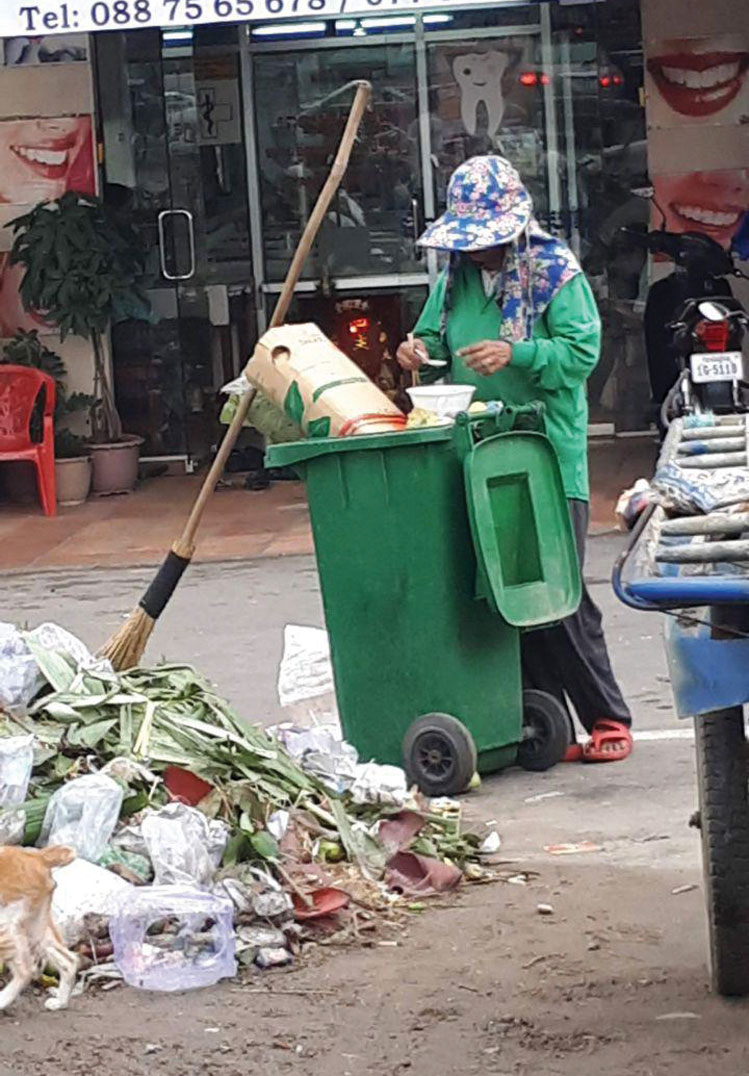 Facebook users in recent days have criticised waste management because waste was seen in some places in Sihanoukville and in other public places in Phnom Penh.

Commenting on a 30-second video clip of rubbish flowing in the rain, Facebook user Vanny Seven said on Tuesday that Sihanoukville’s Buon commune was strewn with rubbish after the downpour.

“The view before the rainfall in Sihanoukville was beautiful, but now it becomes a pearl city littered with rubbish everywhere,” Mr Vanny said.