Home - Three Vietnamese caught with nearly half a kilo of meth

Three Vietnamese caught with nearly half a kilo of meth

Preah Sihanouk Provincial Court on Tuesday charged three Vietnamese nationals with possessing and trafficking nearly half a kilogram of methamphetamine in the province.

He said the accused were charged with possessing and trafficking drugs and were sent by the investigative judge to prison pending trial.

Lt Col Sothy noted that all three were working with a syndicate to sell drugs to foreign tourists, especially Chinese and Vietnamese in the province.

He noted that Mr Chang was arrested at about 8.30am on Sunday at his rental house in the city’s Pram commune after he sold drugs to an undercover police officer.

Lt Col Sothy said that after his arrest, police seized seven packages of crystal meth and a mobile phone from him.

He noted that during his interrogation, Mr Chang named Mr Sok as an accomplice and police arrested him at about 11am on Sunday at his rental house in the city’s Buon commune. They seized a package of crystal meth and a mobile phone from him as well. 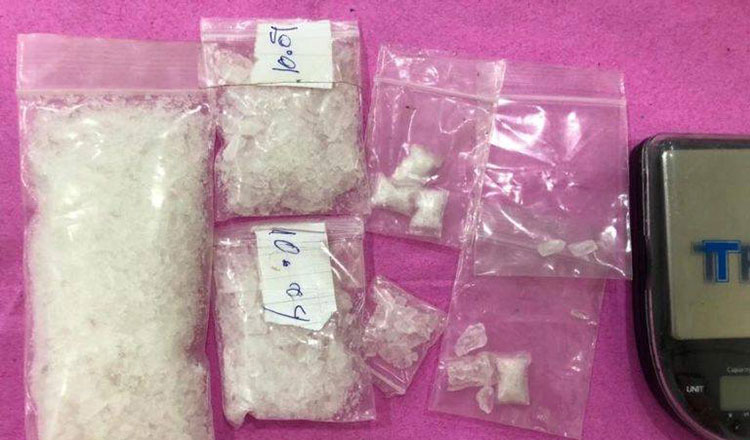 He noted that police arrested her and seized a package of crystal meth and a mobile phone from her.

Lt Col Sothy said the total amount of drugs seized from all three accused weighed nearly half a kilogram.

He noted that to reduce drug trafficking and drug use, police have intensified efforts to identify drug users and traffickers in the province.

Lt Col Sothy urged the public to cooperate with police in the fight against drug crimes.

More Cambodians to work in Japan