The Justice Ministry is reviewing pardon requests from more than 300 prisoners who hope to observe Pchum Ben at home with their families.

Ministry spokesman Chin Malin yesterday said that the national committee for prisoner evaluation is now reviewing requests from 319 prisoners, including 133 women, in 20 prisons and four correctional centres who are seeking pardons or reduced jail terms.

He noted that prisoners who completed two-thirds of their sentence could request for a full pardon and those who served one-third could seek a reduction to their sentences, adding that good behaviour would count in their favour.

When asked if the ministry list includes political prisoners, or convicted former CNRP officials, Mr Malin said requests are made on humanitarian grounds.

“The national committee will not differentiate between political prisoners and normal prisoners,” he said. “Priority will be given to pregnant women, women with small children, elderly people and those who are sick.”

Mr Malin added that the committee will finish its review and submit its recommendations to Prime Minister Hun Sen by the end of this week.

Former CNRP lawmaker Ou Chanrath said yesterday he is working with a lawyer to identify the exact number of former party officials, including ex-commune councillors, behind bars over political activities.

He said he plans to write to Prime Minister Hun Sen and King Norodom Sihamoni to request political prisoners be freed for Pchum Ben.

“We have so far identified more than ten former CNRP officials who were charged and jailed for incitement and insulting public officials,” Mr Chanrath said. “Some were charged over Facebook posts and I hope Prime Minister Hun Sen will forgive them and request their release.”

Mr Hun Sen yesterday said he would ask for a large-scale pardon for prisoners to coincide with Pchum Ben. 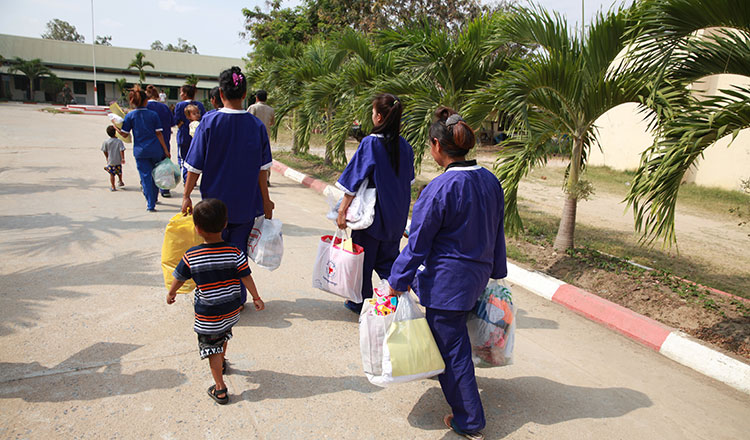 “The Ministries of Justice and Interior are now working on this. I want Khmer people not to look down on each other, but there is a group of people who do not acknowledge this,” Mr Hun Sen said.

He also called on former CNRP lawmaker Um Sam An and senior official Meach Sovannara, who are currently living in the US, to bear in mind what they wrote in letters when they sought their pardons.

Reached yesterday, Mr Sam An declined to comment, stressing that he remains an opposition supporter and will work hard to promote real democracy in Cambodia.

“I will stick with the opposition party CNRP,” he said. “I support all democratic principles and will keep criticising the government on the country’s development and not just for the sake of opposing it.”

Several former CNRP members, including Mr Sam An and Mr Sovannara, were released on royal pardons in August following a request by Mr Hun Sen.