Prime Minister Hun Sen’s attendance at the United Nations General Assembly will be met with both support and opposition in New York over the upcoming days.

On Facebook yesterday, Mr Hun Sen reaffirmed his attendance and said he will meet supporters in New York.

“I would like to say goodbye […] I will work for the nation,” he said, adding that he will personally tell Cambodians living in America about the Kingdom. “I will update them on the development of Cambodia.”

Reportedly, hundreds of protestors from various US states are also expected to join a protest against Mr Hun Sen.

Former opposition leader Sam Rainsy earlier this week said he would lead the protest. However, on Wednesday, Mr Rainsy said on Twitter that he will no longer lead the demonstration.

“My apologies are due as I will be unable to attend [the rally] in New York,” Mr Rainsy said. “Many thanks to those who are able to attend.”

Mr Hun Sen acknowledged that some Cambodians living in America will rally against him in New York. He said that protestors must think about Cambodia’s national interest, instead of attempting to make him “lose face”.

Supporters of Mr Hun Sen in the US this week posted footage on social media expressing their support for the Prime Minister.

Many of the supporters said they will be in New York to see Mr Hun Sen arrive at the 73rd UNGA. 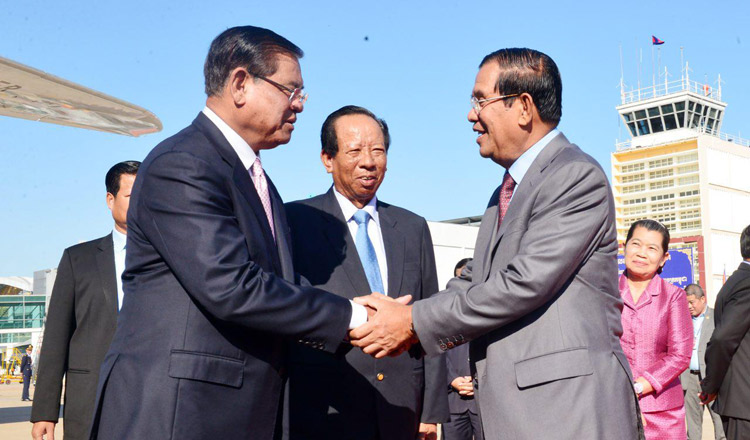 Mr Thamrong said that Cambodia is expected to sign a Memorandum of Understanding on safe surgery with Global Growth.

Mr Hun Sen will deliver a speech on Friday in front of the General Assembly highlighting the government’s recent achievements.

Mr Thamrong noted that on Saturday, Mr Hun Sen will meet his supporters.

“They will meet twice,” he said. “A working group is preparing a meeting and Prime Minister Hun Sen promised to meet all supporters because they are taking the time to see him.”

The Prime Minister is due back in Cambodia on Monday.