Two farmers lost consciousness and a third suffered minor injuries on Wednesday after a tractor they were riding drove over a landmine in Preah Vihear province’s Chom Ksan district, police said yesterday.

Im Yet, chief of Morokot commune police in the district, said the three men were heading toward their farmland in the commune when the explosion occurred.

“There were three people injured in the accident,” he said. “Two of them became unconscious after they were blown off the tractor and fell to the ground, while the other man only had minor cuts.”

“The three farmers were on the same route they take daily to go to their farmland, but this time the tractor ran over a landmine which was left over either during the civil war or during the dispute with Thailand over the Preah Vihear temple which is in the vicinity,” Mr Yet noted.

A police report identified the three as Phoeun Sopheap, 30: Keo Sopheaktra, 33; and Tith Rithy, 43, and noted they are relatively new residents in the commune.

It said Mr Sopheaktra and Mr Rithy were sent to the provincial hospital where they are still recovering. 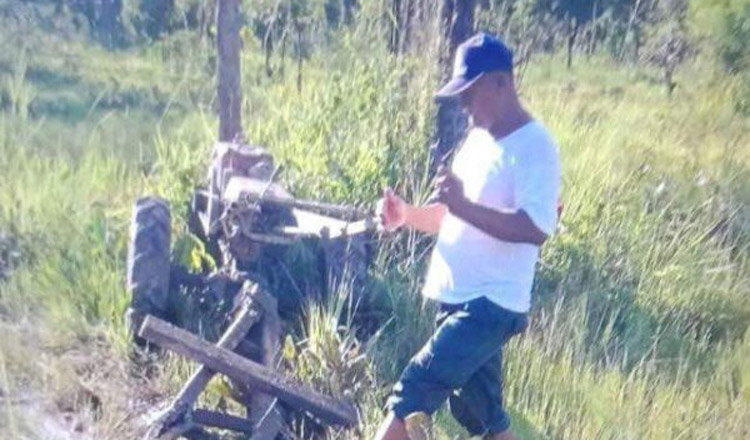 District police chief Or Seng said that the district is riddled with mines, especially the area close to the border between Cambodia and Thailand.

“It was an anti-tank mine explosion,” he said. “There are still a lot of unexploded ordnance of various types in the area which are left over from the civil war and the temple dispute with Thailand.”

The Cambodian Mine Action and Victim Assistance Authority has estimated that the number of mine casualties has increased in the first eight months of this year when compared to the same period last year.

From January until August, there were seven dead and 36 injured. Among the 36 injured in blasts, some had to be amputated. In the same period last year, there was a total of 39 people affected by unexploded ordnance.

Four on trial for land encroachment