I have always been on the lookout for things that can help distract my mind from personal problems. However, since I’ve already read and watched so many books and films, I could hardly find anything that really surprised and got me hooked anymore. Then, I came across a few documentaries about crimes and violence. I just couldn’t get enough of them. They then led me to a criminal case of the West Memphis Three, a triple murder of three eight-year-old boys at West Memphis, Arkansas.

To get it straight, the West Memphis Three is not about thethree murdered eight-year-old boys. The West Memphis Three (WM3) tells the story of three teenage boys (now in their 40s) who was wrongly convicted of the killing of the three eight-year-olds. Members of WM3 are Damien Echols, Jason Baldwin, and Jessie Misskelley Jr. They were convicted in 1994 of murdering the three young boys. Baldwin ended up serving life imprisonment and Misskelley serving the same sentence plus two 20-year sentences, and Echols was sentenced to death.

“Life After Death” is a memoir about Damien Echols’ life from difficult childhood, troubles with Arkansas police, his religious beliefs, his convictions in 1994, his life on Death Row and his release. 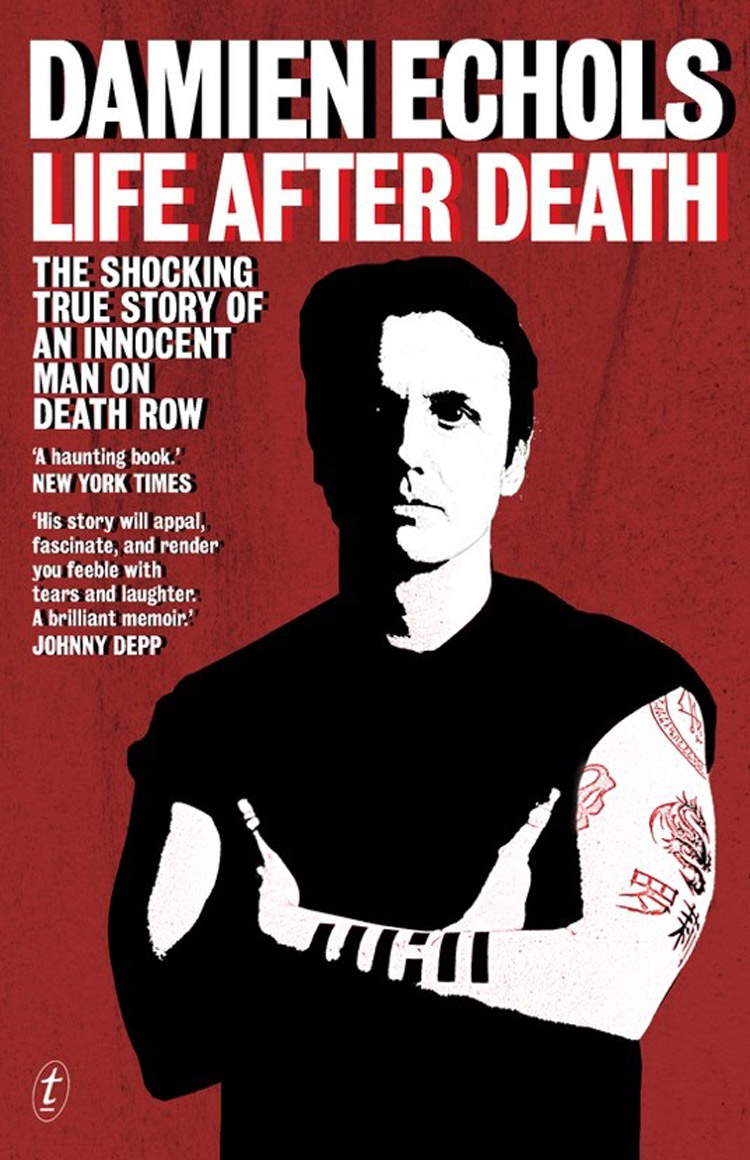 Unlike various tales telling about devilish acts of prisoners on Death Row, Echols claims in his book that guards and other authoritative figures are actually the most devilish of all. To keep himself sane during the near-two-decade time on Death Row, Echols managed to read thousands of books, wrote journals, and immersed himself in Zen Buddhism by meditating for at least five hours a day.

After the release of the first “Paradise Lost” in 1996, the case received worldwide attention. It attracted a large number of people including well-known celebrities such as Johnny Depp, Lord of the Rings filmmaker Peter Jackson and his wife Fran Walsh, musicians Henry Rollins, Eddie Vedder, a Dixie Chicks member Natalie Maines, and more. They came together and formed a support foundation to raise money for the case so that the WM3 could be set free.

During his stay in prison, Echols fell in love with a former architect Lorri Davis. They got married by a Buddhist wedding ceremony in 1999, in Arkansas prison. It was the first time they were allowed to touch each other since their first meeting in 1996. After the WM3’s release in 2011, Echols and his wife immediately left Arkansas and relocated to New York to start a new life.

Damien Echols is someone who has not been afraid to express his true self regardless of any circumstance. His courage initially led to 18 years in prison, whilst earning him love, support and respect worldwide. For that reason, together with corruption of power, the West Memphis Three case has had a big impact on a lot of people, including myself.

How Echols and the other two wrongly convicted men kept themselves sane inside the prison is a puzzle you can try to solve as you read Life After Death.

Preparing for the next phase: UNIVERSITY LIFE

Are you ready for next year’s BAC II?