Two women on Tuesday safely delivered their babies on the roadside while making their way to hospitals in Kampong Thom and Battambang provinces.

In Kampong Thom’s Sandan district, Ou Phan, 27, delivered her baby along the street while on the way for a checkup at a health centre in the district’s Mean Rith commune, district Governor Long Ker Sung said yesterday.

He said she was only eight months pregnant but while walking along the road she felt birth pangs and delivered the baby.

Mr Ker Sung noted that someone informed him of the woman’s ordeal and he immediately ordered authorities to help her and make sure she and her baby were safe.

“We appeal to pregnant woman to check on their condition daily at a health centre to find out when the baby is due so they are prepared for delivery,” he said. “It is not safe to give birth on the street.” 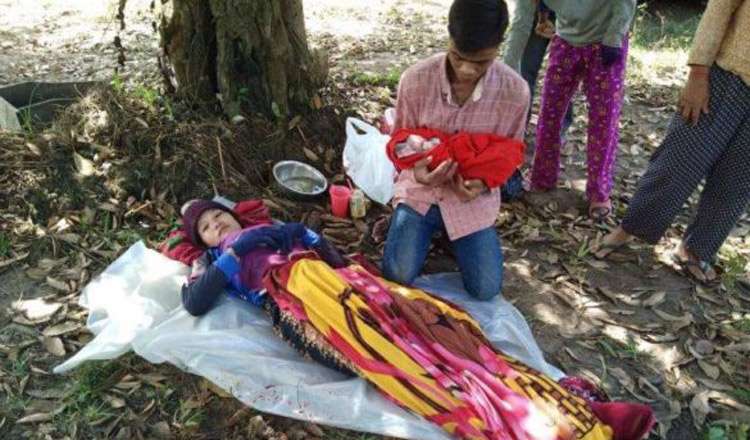 In the other case, Sau Sambath, 29, delivered her baby along a street in Battambang’s Kamrieng district.

Local authorities yesterday reported that she was walking alone on the street on Tuesday night when she gave birth.

“She was in pain and there was no one to take care of her,” the report said. “The local authority was alerted and sent staff to take her to a hospital.”

Vy Heng, a member of the district’s Trang commune council, said yesterday that both the mother and baby are well.

“Ms Sambath said that she was on the way to deliver the baby at the hospital but she did not reach it in time,” he said. “Both the mother and baby are healthy and people donated food and milk to her because she is very poor.”

“The necessary work that we have to do together is to take care of the health of mothers, infants and children,” she said. “From pregnancy to delivery, and after delivery as well as, we must make sure mothers and children are healthy.”