Cambodia urged to rebuild US ties

“I believe in many ways that Cambodia has slipped into the Chinese orbit,” Mr Glosserman said.

Mr Glosserman made the comments during a discussion organised by Khmer Times.

Despite a shift in foreign relations toward China, he said that a relationship with the US could still be beneficial to Cambodia.

Mr Glosserman said American companies can come to Cambodia and invest and increase the country’s revenue by continuing to attract American tourists. And having American experts as consultants, the relationship between Cambodia and the US can be rebuilt, he said.

“But the trick is at the end of the day, the political constraints on the relationship which we have to overcome,” Mr Glosserman added. 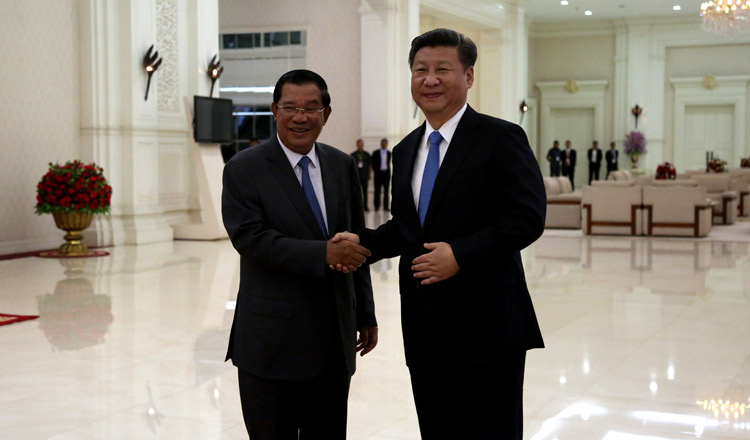 CPP spokesman Sok Eysan said yesterday that Cambodia is open to all superpower countries, be it the United States or China.

“We do not discriminate against superpower countries,” Mr Eysan said, noting that US President Donald Trump pledged to work with the government to enhance ties between both countries during a meet with Ambassador Chum Sounry.

Mr Glosserman said last week that China will become a major influence in Asean and that Cambodia should continue to develop economic ties with China and the United States.

“I think that we all want China to rise, we all benefit from China,” he said. “[A relationship with both countries] is a benefit to all of us […] why would you want to change the rules that have helped you so much.”

However, Mr Glosserman added that Asean as a bloc should also focus on its own interests and continue to improve international relations with major superpowers like China.

“One of the most important things for Asean is what it could be doing,” he said. “It should be quicker to call China out, we need action for Asean interests.”

Mr Glosserman added that the increase of Chinese military influence is a concern for the region.

“Yes, it’s more of a threat to the region,” he said. “I think China as a regional power is increasingly boosting its global interests.”