The Cambodian Mine Action and Victim Assistance Authority has estimated that the number of mine casualties has increased in the first eight months of this year when compared to the same period last year.

“From January until August, there were seven dead and 36 injured,” Mr Pheap said. “Among the 36 injured in blasts, some had to be amputated.”

He noted that in the same period last year, there was a total of 39 people affected by unexploded ordnance.

Mr Pheap also said that this year’s incidents occurred in 15 provinces, including Battambang and Banteay Meanchey.

“Most accidents occurred while the victims were ploughing their farmland,” he said. “Their farm equipment agitated hidden UXOs.” 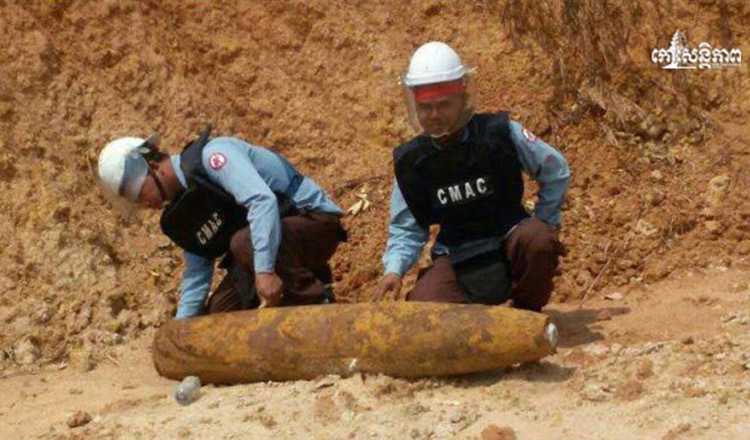 “I want to appeal to all people, especially those living around areas suspected of containing landmines, please do not touch UXOs,” Mr Pheap said, adding that residents should contact local authorities if they came across a suspected UXO.

“We need more deminers, about 2,000 more,” Mr Thuch said. “There are currently about 4,000 active deminers, but retirements are coming.”

He added that Cambodia will also need $400 million to support demining operations and that it will ask for more aid from Russia, India, South Korea and some middle-eastern countries.

Eight on trial for drug trafficking