A passenger train travelling from Poipet city to Phnom Penh collided with a crane truck on Sunday afternoon, leaving both vehicles damaged but no one injured.

Chhie Buntha, chief of the traffic section with city police, said negotiations are now underway to settle who will pay for the damages.

“Right now the negotiation is ongoing,” he noted. “It is hard to say outright which one is right and which one is wrong. However, we do know the train always has the right of way as it runs on only one route.” 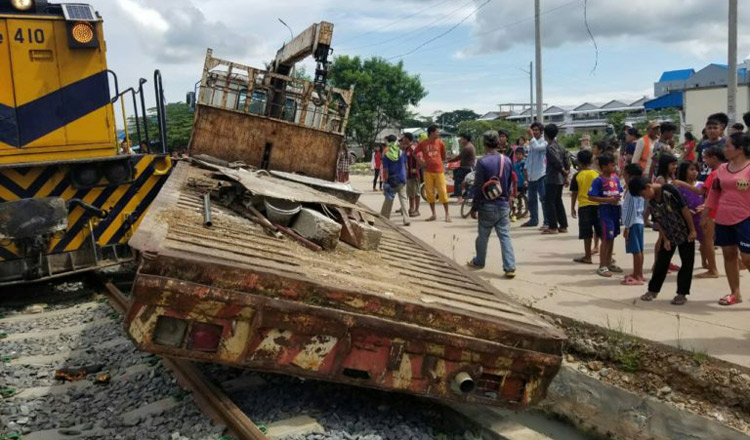 Mr Buntha noted that the road crossing where the accident occurred does not have any boom barriers and leads to a Borey, a community of homes.

“Now the city governor has ordered the nearby Borey owner to hire security guards to facilitate traffic at the crossing,” he said. “The truck driver may have been careless.”

Poipet city Governor San Seanho could not be reached for comment.

Kim Sovann, director of the provincial transport department, said people are still in the process of learning that the train has resumed operations after being inoperable for so many years.

“We are still educating people,” he said. “Some people are still not aware of the train running after many years of a hiatus.”