Lt Col Saroeun said they were arrested on Saturday at about 3pm after police raided three different rental houses in Banteay Chhmar commune.

“They were drug distributors who sold drugs to users in Thmar Puok district,” he said. “Police searched for them for many weeks before we found their hiding places and raided them over the weekend.” 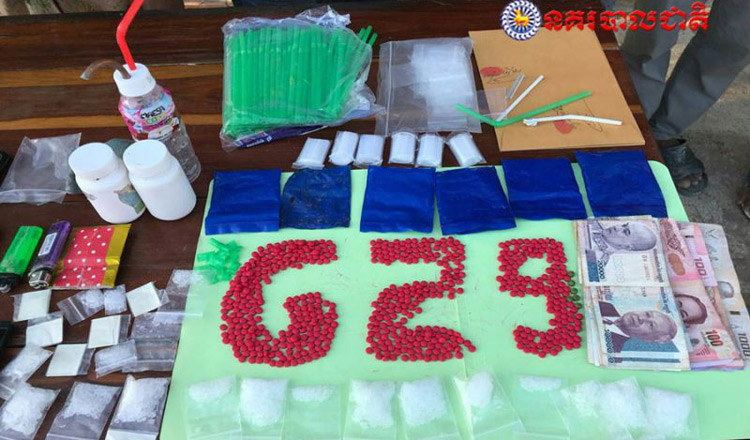 “They were arrested red-handed while they were smoking drugs,” he added.

Police also conducted urine tests on all of the accused, which each came back positive, he noted.

“To reduce drug trafficking and use in Banteay Meanchey, our provincial police in collaboration with relevant local authorities are continuing to weed out distributors,” he said.