Kratie Provincial Court on Saturday charged a farmer and his sister for allegedly selling their orphaned niece to a broker who arranged a forced marriage in China in 2016.

Col Ratana said that both were charged with unlawful removal for cross-border transfer under article 11 of the Law on Suppression of Human Trafficking and Sexual Exploitation.

She noted that Mr Sarath and Ms Chenda face up to 15 year in prison if convicted and are now in prison pending their trial. Col Ratana said the two were arrested on Thursday following a complaint.

Major Pheng Kosal, deputy police chief of the provincial general crimes department, said that in 2016, the girl was sold by her uncle and aunt for $3,000 to an unidentified broker for marriage to a man in China.

He noted that the broker, who is at large, arranged and paid for all travelling expenses, including getting a passport and visa.

Maj Kosal said that when the victim arrived in China, she was forced to marry a Chinese man and live with him at his rental house there.

“While she lived with the Chinese man, she was raped every day and night,” he said. “When she was not well and denied sex with him, he beat her and tortured her and raped her like a slave.”

After a year with the man, she was then sold onto another Chinese man, he said, noting that she was again kept at a home and raped. 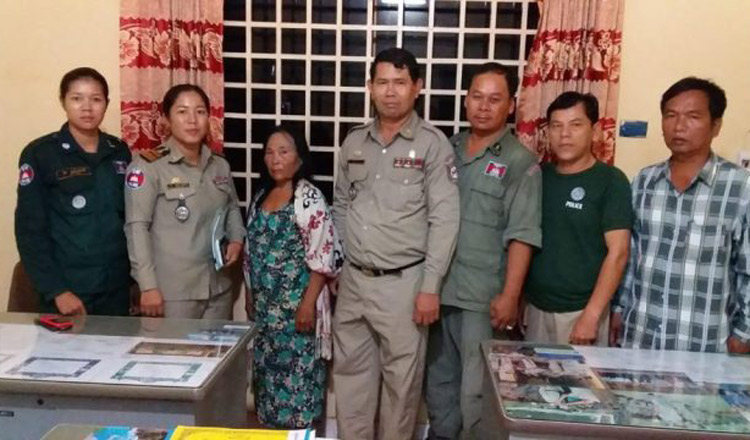 By June, she had become pregnant and could no longer sustain the abuse, fleeing to the Cambodian embassy for help. She was later repatriated in July.

She then delivered the child in August in Kratie province, where she then filed the complaint to police against her uncle and aunt.