Two Cambodians died and another four were seriously injured in a traffic accident on Friday in Thailand’s Prachinburi province.

The National Police reported yesterday that the six people hired a van to Thailand, but one of the vehicle’s tires popped while travelling, causing it to overturn.

Two people died at the scene while another four were sent to hospital. 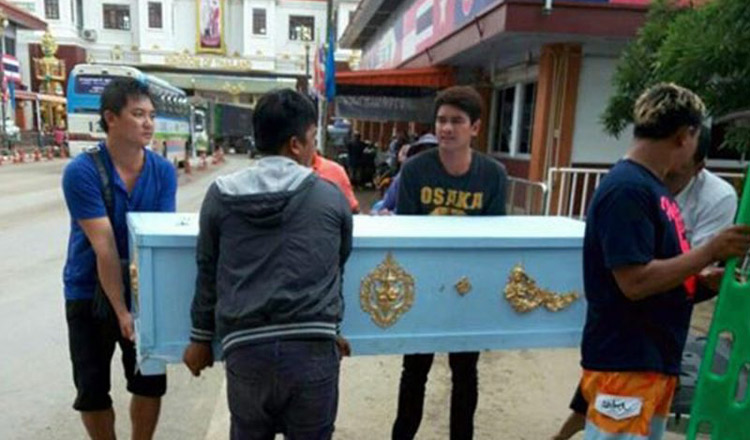 Police said the victims were between 18 to 30-years-old and hailed from Phnom Penh, as well as Siem Reap and Banteay Meanchey provinces.

“They travelled to Thailand to buy goods in Bangkok, but unfortunately their van got a flat tire and overturned into a canal,” police said.

Thai police tried to help them, but two of them died and the four injured were sent to hospital for treatment, police added.

The Cambodian embassy in Thailand has since repatriated the two dead bodies through the Poipet International Checkpoint.