Home - German ties to be maintained

German ties to be maintained

A government official has said that Germany will maintain its relationship with Cambodia.

“Mr Koob expressed happiness and reassured the government that Germany will continue to support Cambodia and is ready to push for development and expand the relationship between both countries,” he said, noting that Mr Koob applauded Cambodia’s efforts in reducing poverty and providing social nettings for garment workers. 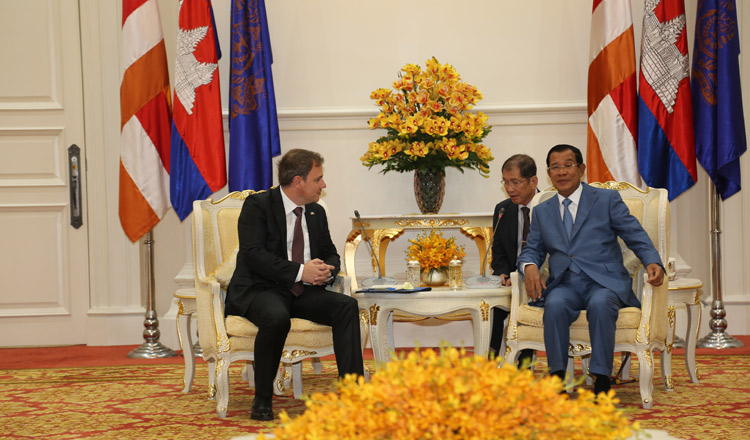 “Samdech said that labour condition of workers is the government’s priority,” he said, noting that Mr Hun Sen has met about 800,000 workers in order to push for the implementation of further social protection.

Mr Sophalleth said that the government has provided extra benefits for garment workers and that the minimum wage for workers continue to increase per annum.

Mr Koob is a member of Ms Merkel’s Christian Democratic Union. He has been a member of the German Federal Parliament since 2013.

On Wednesday, Mr Hun Sen told garment workers that German officials are still willing to meet with him, despite efforts of oppsotion members to sour the relationship.

The PM, at a previous meeting with Kampong Speu garment workers, abnegated the idea that Germany would try to pressure Cambodia, because that would be a short meeting. “After I’d finished my remarks I would say that the meeting is over and let [Mr. Koob] continue with his visit. We are a sovereign state – if they respect us, we respect them.”