Banteay Meanchey Provincial Court yesterday charged four men and a woman with trafficking nearly three kilograms of crystal methamphetamine and ketamine and unlawfully having four guns in the province.

He noted that they were arrested on Monday and face from 30 years to life in jail if convicted.

“They belong to a drug ring that sells drugs to users in three provinces,” he said. “They were arrested at about 5.30pm in the province’s Serey Sorphon city after they transported drugs to sell to an undercover police officer who posed as a drug dealer.” 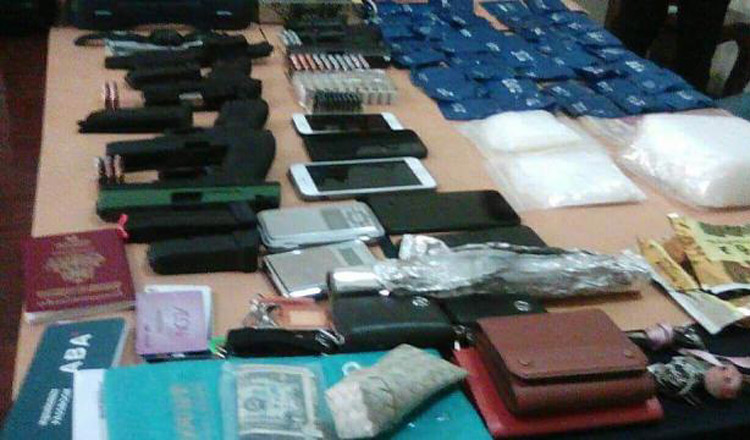 Maj Gen Khem said that the undercover officer spent months negotiating with the accused over the price of drugs he wished to buy.

He noted that police set a trap to catch them when they came to deliver the drugs in Serey Sorphon city.

He noted that all five are in prison pending their trial.

Man held over attempt to splash acid on wife