A World Bank report this year says economic growth in Cambodia remains strong. It is even projected to slightly accelerate to 6.9 percent, a notch higher compared to last year’s 6.8 percent.

The contribution produced by the industries like textile and apparel exports as well as tourism and agriculture buoyed the economy’s growth.

But here, we see contrasting visuals of what the so-called economic growth is saying above.

It is safe to use the word “slums”, or by definition a squalid and overcrowded urban street or district inhabited by very poor people, to describe the photos seen. But there’s a more direct way to define the word slums, a place unfit for human habitation.

An obvious yet often neglected sad truth about the Kingdom’s reality.

In such areas, residents use common toilets and water taps. Garbage problems, sanitation, noise from the trains passing and other major challenges that have become a normal part of their daily lives. Not to mention the risk these children and the old citizens face while crossing the railways.

Some of the slum areas do not even have single rooms, they are thick and untidy clusters of small roofed-walls – ceilings of which are made of scraps of wood, used sacks, metal or some sort of waste material. You see 10 to 12 people live, eat and sleep under the same roof. The children often play in places where the drains are used as open toilets.

But on the lighter side and if you look closely, a student is seen passing by, which means there’s a pursuit of education and the hopes of having a better life in the future. The photos here show the overcrowded and disorganised part of the booming capital where about 140,000 people are living in more than 500 slums across the city, according to Habitat for Humanity Australia. Sadly, inequality remains a reality of life in Cambodia. 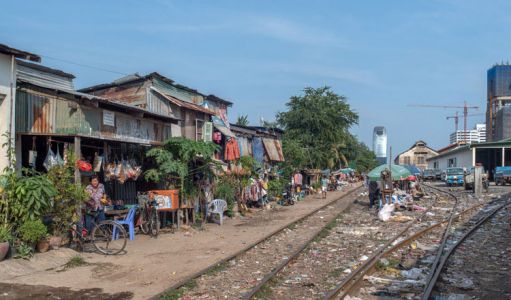 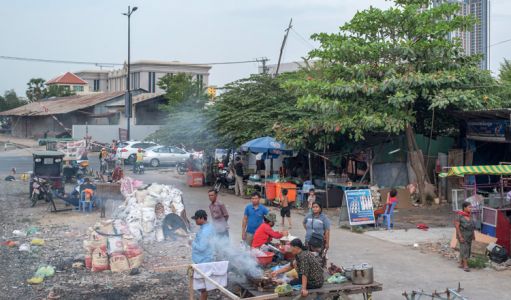 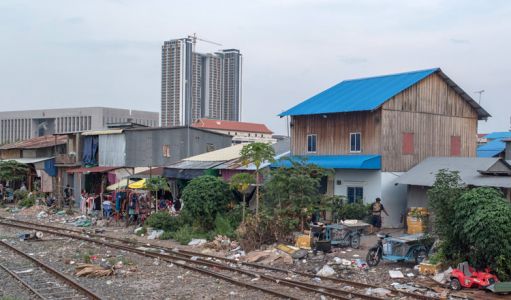 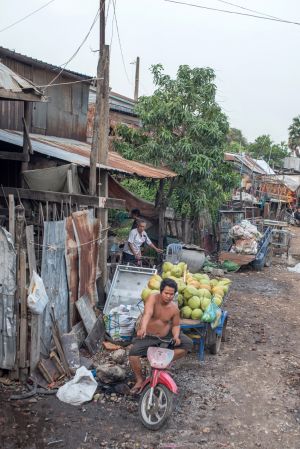 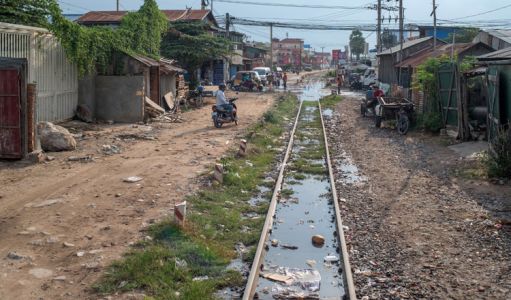 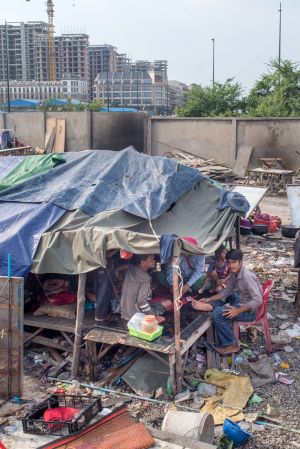 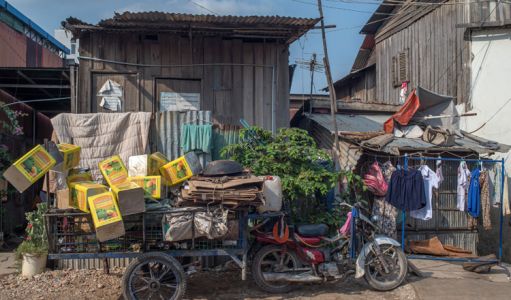