Recently deceased Dr Beat Richner was a blood-money or both kind of guy.

He was never hesitant to push for donations of money to shore up his stable of hospitals and to seek donations for the blood banks which saved many children’s lives.

Those who helped him he charmed and wooed, and those who stood in his way he castigated.

To some he was a hero, to others a dictatorial curmudgeon.

But either way, there’s no denying he was an amazing man who has left behind an amazing legacy.

This was a man who started out as a young pediatrician in Switzerland, and who, billed as ‘Beatocello,’ also performed as a cello-playing stage-clown singing comical songs.

This same man went on to use his ‘wife’ – as he called his cello –to raise millions of dollars for hospitals to heal hundreds of thousands of children.

This was a man whose hospitals had provided free medical care to around 85 percent of Cambodia’s pediatric patients, and at the time of his untimely death employed 2,345 staff, cost about $43 million annually to run, and provided medical checkups and treatment to between 2,500 and 3,000 patients daily.

This was the same man who came under fire from major organisations such as the World Health Organization, government ministers and Princess Margaret, and who was constantly reviled by the NGO set in his ‘hometown’ of Siem Reap, where he began his fund-raising concerts in 1999.

Richner was a genius at raising donations and a genius at building and running hospitals, but a dud at dealing diplomatically with those who opposed him, and quick to lash back in anger at detractors.

But in keeping with new knowledge about the make-up of geniuses, Richner was flawed: research shows that geniuses tend to have three strong personality traits: autonomy, openness, and persistence. Each attribute can also have downsides – on the dark side geniuses can become arrogant, narcissistic and engage in oppositional or antisocial behavior.

Initially hailed a “miracle maker” in the local press in 1993, his fall from grace seriously got under way in the wake of a terrible grenade attack in Phnom Penh on March 30, 1997, when at least 15 people died and many were wounded.

Richner unleashed hate when he refused to admit injured from the attack into his children’s hospital and was sternly admonished by the likes of WHO. Unrepentant, he wrote a detailed letter to the King and the prime ministers (there were two PMs in 1997).

“Kantha Bopha has no facilities and no means to treat either wounded adults nor wounded children,” he wrote.

“Unfortunately, some people are abusing the drama of the bombs, even people of the press, not the Cambodian but the expatriate press, thinking they have the right to insult Kantha Bopha, the only expatriate NGO project in the health sector which is really working in Cambodia with a never seen efficiency without corruption.” 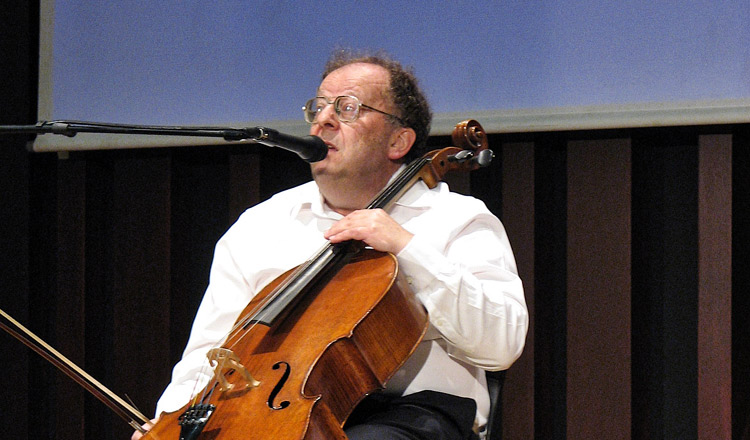 Later, when criticised – perhaps unfairly – for spending up big on expensive western-style equipment for his hospitals he hit back at two detractors: WHO and UNICEF.

In December 1999, he filed a “quixotic lawsuit,” in the International Court of Justice charging WHO and UNICEF with crimes against humanity and violation of the Convention on the Rights of the Child. He also took on Princess Ann when she criticised his putative indulgence for expensive equipment.

“When I got my first CT machine in Cambodia 10 years ago, there was an outcry from the WHO and UNICEF,” he told the Financial Times in 2009. “They said it was stupid to spend so much money on this machine.

“Princess Anne came here a few years ago as president of Save the Children UK. I showed her our laboratory and she said that we must not have such hi-tech machines in such a poor country. ‘You must work on the base and Cambodian people must learn how to wash their hands first,’ she said.

“Then, when I showed her our new maternity ward, she told me it’s better to offer birth control than maternity care – but this was stupid. There was a genocide here so there’s no problem with overpopulation.”

He wasn’t worried about attacking government agencies either – he had several stoushes with the Health Ministry over the running of his hospitals which were only resolved in his favour with the intervention of the King.

Richner was also condemned for his allegedly-dictatorial methods of preventing AIDS spreading through the children’s hospitals, but he hit back saying his drive to cut the rate of transmission between HIV-infected mothers and their newborn children was a huge success. He claimed the normal mother-to-child HIV transmission rate in Cambodia at the time was 40 percent, but at Siem Reap’s Jayavarman VII hospital he reduced it to under 5 percent by performing caesarean sections, treating mothers and their children with anti-retroviral drugs, and demanding that mothers stop breast-feeding.

And so the arguments went, but now, with the passing of Richner and the passing of time, all the charges against him, all the condemnations, all the outrage will become mere piss in the wind – as they say.

What will live on will be the memory of his achievements, the hospitals he built, and perhaps even the memory of the mournful strains of his cello playing.

More importantly, what will also live on are the hundreds of thousands of children and mothers who he birthed, cured and saved. And they will live in through their offspring and the beat goes on.