How big is too big? With the release of its iPhone XS Max, Apple has pushed the envelope once more. The supersized XS Max iteration of its XS device packs a massive 6.5 inch screen – larger than almost any other smartphone display currently on offer.

However Apple argues that the XS-series is not all form over function and that the changes it has made are not merely aesthetic. Perhaps in an effort to stave off the threat of Korean giants Samsung and Chinese behemoth Huawei, Apple has overhauled the innards of its XS series.

The processor has been upgraded to utilise Apple’s six-core A12 Bionic processor. In his keynote speech, Apple CEO Tim Cook said the devices were “by far the most advanced iPhone[s] we have ever created”.

The A12 is revolutionary and is the smartphone industry’s first to be built using a 7-nanometer manufacturing process. Apple claims that this will enable its devices to run graphics 50 percent faster than the 2017 iPhone X. And in a world fast adopting Artificial Intelligence technology, AI software is said to work 8 times faster on A12-equipped handsets. 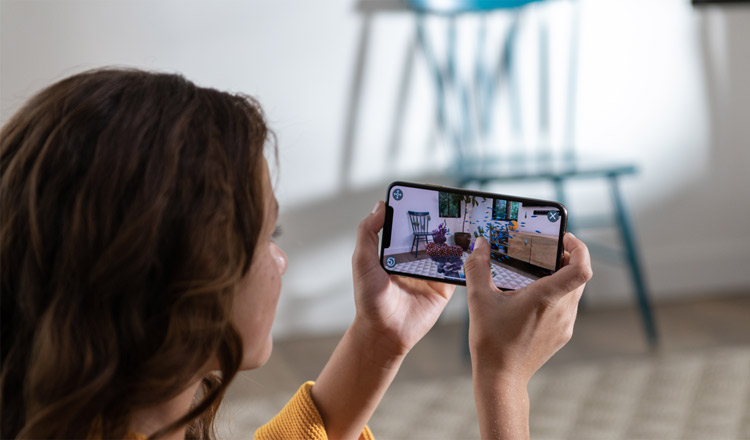 Another departure from the iPhone X are the colour options on offer at launch. Both the iPhone XS and XS Max will be available in an opulent gold hue. They are set to retail for between $999 and an eye-watering $1,449 in its home market of the USA. A considerable mark-up is expected to be tacked on by Cambodian resellers eager to cash in on the Kingdom’s Apple addiction.

Explaining the hefty price tag to the Nikkei Asian Review, Apple CEO Tim Cook claimed that with its latest devices, Apple were targeting those willing and able to pay more for their gadgets.

Apple aficionados unwilling to sacrifice a kidney for the chance to pocket the XS or the XS Max will be pleased to learn that Apple also announced a lower-cost model it has dubbed the iPhone XR. Packing a 6.1-inch screen capable of displaying 1792 x 828 resolution at 326 PPI, the XR takes much of its design cues from the iPhone X. A notable absence is the lack of 3D Touch.

It is IP67 water and dust protected with a frame fashioned from aluminium, unlike the stainless steel adorning its more expensive cousin. The XR is being billed by Apple as a wallet-friendly XS and is priced accordingly. It starts at a ‘mere’ $749 for a 64GB model.

In an interview with Good Times2 after the release of 2017’s iPhone X, Falcon Tech, an authorised distributor of Apple products in Cambodia, told customers ordering Apple products through official channels ensured the quality of the product and gain access to the warranty.

Ou Pheanith, sales manager at Falcon Tech, speaking during the launch ceremony of the iPhone 8 and the iPhone 8 Plus in Phnom Penh, said a lot of Apple products were smuggled into the country and sold on the grey market, curtailing tax revenue for the government.

Pre-orders for Apple’s XS and XS Max flagship smartphones began last Friday, with the phones shipping out today. The XR will be available in a little over a month.