There is nothing better than starting the day with music. But, how about we go beyond merely listening and learn about music – traditional one at that – along with other music and culture enthusiasts?

That’s exactly what happened inside the Cambodian Living Arts Theatre last week when locals and foreigners gathered in front of a well-lighted stage of the theatre and eagerly listened to Cambodian and Lao musicians playing one of the most significant and storied musical instruments in both countries – the Ken.

CLA’s Khmer Magic Music Bus, in collaboration with Laomusic Danxang, brought together artists from the two nations to present Ken – how it is played, its history, its evolution, its uses and its impact to the cultures of Cambodia and Laos. 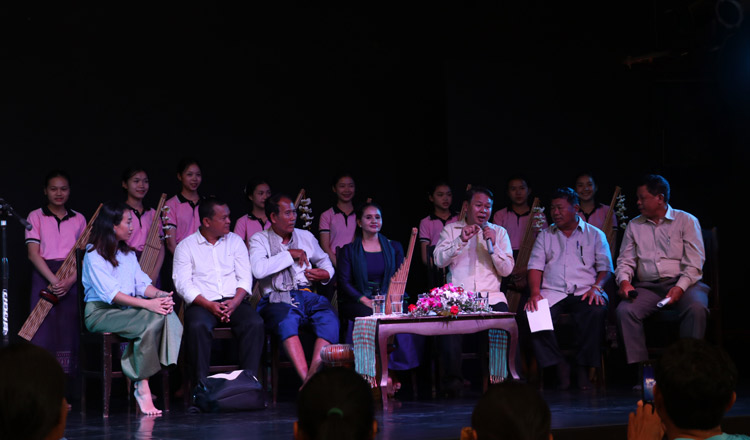 Before witnessing great performances by Ken singers and players, the audience was made to listen to the differences of the sounds of bamboo-made Ken from Laos and Cambodia. Experts and professors from both countries also shared during a panel discussion important facts about the bamboo instrument.

Kev Dorivan, lecturer from Royal University of Phnom Penh, explained that since the picture of Ken is sculptured in one of Cambodia’s ancient traditional drums that’s currently being displayed at the National Museum, it is safe to say that the instrument existed even before the Angkor period.

“Though Ken has undergone evolutions and changes over time, we still can see the old forms of the instrument in the northeast part of Cambodia – Mondulkiri, Ratanakiri and Stung Treng – and in the northwest – Oddar Meanchey and Banteay Meanchey. The differences are mostly about the materials used in creating the instrument, its sound and its usage in ceremonies,” Mr Dorivan noted.

With the geographical connection of Cambodia, Thailand, Laos, China and Tibet, Mr Dorivan added that these countries do not only share similar culture and traditions but musical instruments as well.

He also praised the people of Laos for preserving and giving much importance to Ken, which is known as Khaen locally. In fact, UNESCO recognises the instrument as “Intangible Cultural Heritage of Humanity”.

“Ken is used in different contexts in Cambodia and Laos. Ken is used in Mohori songs, royal music, dramas or dance in Cambodia, while Lao uses Ken in Mor Lam, the traditional song of Laos,” he said. 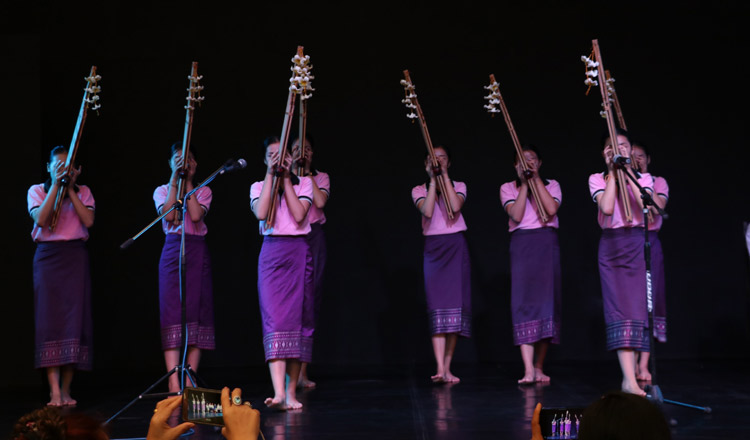 But even with the obvious differences of the sound and role of Ken in the Cambodian and Lao culture, Mr Dorivan emphasised that the young people in both countries should be encouraged to learn how to make and play the instrument and help preserve it.

He, however, added that in Cambodia, there are setbacks in terms of financial support to create and practice the instrument. Currently, Khmers still follow Laos’ ways in making Ken.

But he said that the hope for the promotion and preservation of Ken in the kingdom is bright.

63-year-old Mon Hai, who came all the way from Banteay Meanchey province, was also at the CLA Theatre to show off his talent. He shared that he first heard the sound of Ken when he was 20. He wasn’t interested with the instrument at first, he said. But after he saw a couple who played the instrument during the Khmer Rouge regime, he was enticed to play it, too. He started to learn the instrument despite getting criticisms from others. 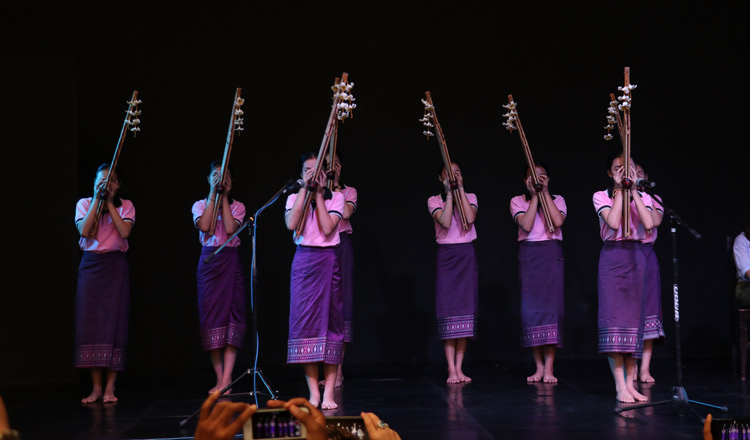 “I kept the Ken with me despite the criticisms I got from other people. To learn how to play the instrument, I used my heart. And now, I am happy to say that I am teaching four students, including my granddaughter. We hold sessions every night after their classes and on weekends,” Mr Hai proudly shared.

Hearing how the Lao people are giving so much attention and support to the traditional sound of Ken, Mr Hai fervently hopes that more young Cambodians will also show interest in it.

With Ken or Khaen being the national musical instrument of Laos, Mr Philavong Khamsuane, a music teacher from Laos’ Fine Arts School, said that the appreciation of the instrument has grown tremendously. And the fact that UNESCO raised its status recently created a buzz among the youth in Laos to learn it.

“About two hundred young students are currently learning Khaen in our organisation. Most of them started to learn since the age of five. Some started when they were nine. But ages do not really matter. These students are showing much commitment to Khaen,” Mr Khamsuane said. He also agreed with Mr Dorivan that the materials used to make Ken vary in different places. The sound and the way it is used in specific occasions also differ.

The musicians from Laos expressed their gratitude and happiness after performing in front of the Khmer youth. They said that they will always be glad to share what they know about the instrument that is considered a treasure both in Cambodia and in Laos.

“It has become a world heritage now. It belongs to everyone, not only to Laos. As artists, we love Cambodians like our family,” Mr Khamsuane said.

Art inside a woman’s soul