Home - ‘Self-responsibility’ through the youth’s lens

‘Self-responsibility’ through the youth’s lens

It was a typical day for most people on September 17. But at the Cambodia-Japan Cooperation Center (CJCC), the atmosphere was filled with enthusiasm, eagerness, inspiration and passion as over a thousand students from different schools around the country gathered for the screening of the 12 short films of the in-country Asian International Children’s Film Festival 2018.

Organised by the Embassy of Japan in Cambodia, Ministry of Education, Youth and Sports and the CJCC, the short film competition revolved around the theme of “self-responsibility”, with the main purpose of encouraging high school students who are passionate about filmmaking to show their potential, ideas and creativity on the screen.

At Monday’s screening, 12 short films were featured in the big screen and were made available for student viewing. All the short films are the nominated entries for the In-Country Children’s Film Festival.

The contestants were tasked to produce three-minute films that contain valuable stories relevant to this year’s film fest theme. There were originally 35 teams – with three members each – that submitted their entries. Twelve films came out on top and were publicly screened on Monday.

Out of the 12 films, three entries received awards and will be sent to compete with entries from other Asean member states and from Timor Leste, China, Taiwan, Mongolia and South Korea at the Regional Children’s Film Festival in Japan in November. 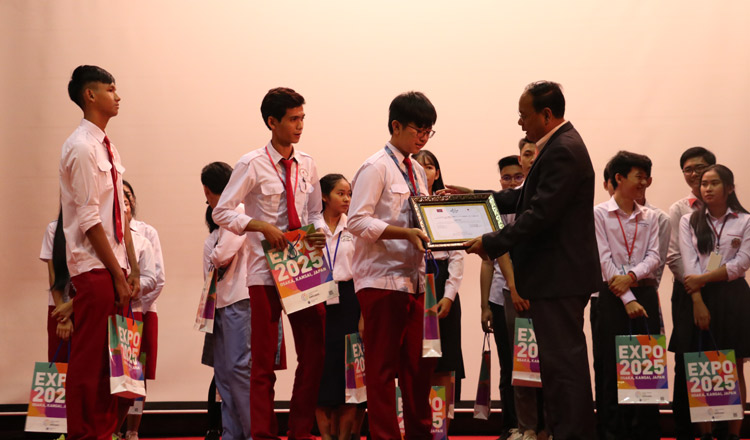 The “Irresponsible Son” film got the third prize during Monday’s awarding ceremony. The film tackled the reckless acts of a son who had lived fully dependent on her mother. Living with no sense of responsibility, the son ended up badly.

“We know each other through community work and later we discovered that we have the same vision and we think we should create something to make this vision come to reality. Having faced many technical problems during the filmmaking process, we didn’t expect that we will reach this round,” said the filmmakers from Beltei International School 9th Branch, American Intercon School-Mao Tse Tung Branch and Chea Sim Santour Mok High School.

“We created this film with the main purpose of showing the reality that a mother’s love is something that we cannot measure, and how the emotional and physical torture caused by a reckless son to his mother is just unimaginable,” the team added.

The second prize was given to the Cambodia Adventist School for their film entitled “My Fault”. The film featured the journey of a little family without a mother. The memories of not having a mother figure in their home to take care of them triggers an emotional outburst from one of the children. The son blamed his father for the death of their mother. But after he knew the entire story, he began to regret everything that he had done to his father.

“My team and I made this film with the message of reminding people to appreciate what we have and to take good care of it while it lasts,” one of the filmmakers from Cambodia Adventist School said. “This story was created from the real story of my friend and I think it also showed the moral of the youth in society today, too.” 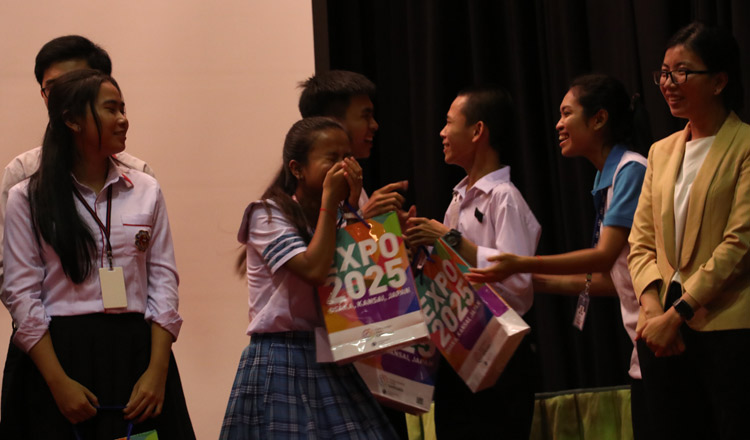 The best short film award went to Battambang students whose film featured the “Changes” of a boy. The story followed a boy whose mindset changed after a bizarre dream. In his dream, the boy cheated in his exam and eventually got his friend into trouble. His friend then killed himself.

The team, joyful and proud of their triumph, said “The film addressed the reality of how the cheating system and bullying in schools can miserably affect someone’s life. This film also featured the transformation of a person.”

The winning team is composed of students from USA International School and Preah Monivong High School.

At the beginning of the film screenings and awarding, Ms Sroy Socheath, deputy director general of the Education Ministry said that all 35 films were evaluated thoroughly by judges using three criteria – qualification of the film, plot of the story and acting skills of the actors.

“It’s such a great opportunity for students whose passion is in filmmaking to join this competition. This can unleash their potential and make their dreams come true,” Ms Socheath said, as she congratulated the winners and all the teams who showed off their talents and made meaningful short films that depicted real-life scenes.

Art inside a woman’s soul