Home - Initiating a culture of reading

Initiating a culture of reading

On the left side of Eden Garden Starbucks on September 14, a young writer, an illustrator and an editor presented some key techniques to Starbucks staff – officially called partners – on how to write creative stories and sketch for children’s books. The participants were then allowed to practice what they have learned and were tasked to write or sketch the history of coffee-making using the Khmer language.

The event, which was called “Let’s Read Cambodia”, was hosted by The Asia Foundation in collaboration with Starbucks Cambodia, aimed to push children to read books in local language and to make reading materials more accessible.

Por Lim, general manager of Starbucks Cambodia, said that the coffee company started the Let’s Read project last year. But this year, the company decided to sign for a three-year collaboration with The Asia Foundation to publish more Khmer books and sell them to Starbucks customers. “It is concrete that most of people don’t know the roots of coffee though some of them really like it. Through this project, we are going to publish 400 coffee story books for young kids and the profit will go to the projects of The Asia Foundation.”

Since Mr Lim grew up in the countryside and finding books to read was a challenge he had to endure when he was young, he said he plans to contribute some books to libraries in remote areas in the country. He said that the accessibility and availability of books will promote the culture of reading among the young. 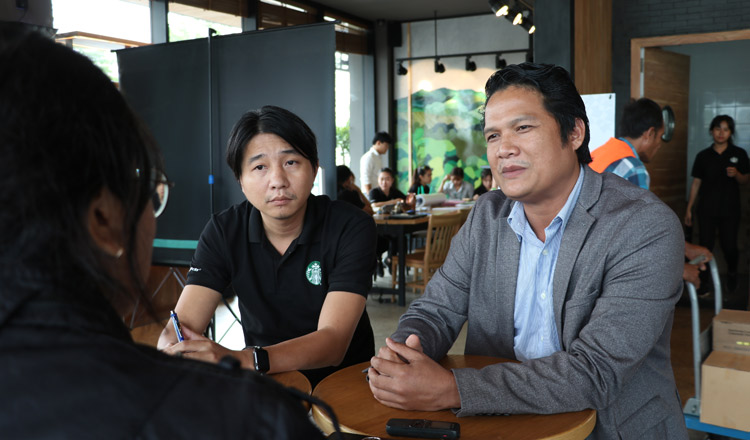 Aside from collaborating with The Asia Foundation, Mr Lim also encouraged his Starbucks partners (most of them are students) to write and create stories if they are really fond of writing literary pieces.

Ouk Elita, programme officer of The Asia Foundation, shared that Let’s Read Cambodia was initiated to create a habit of reading among youth. 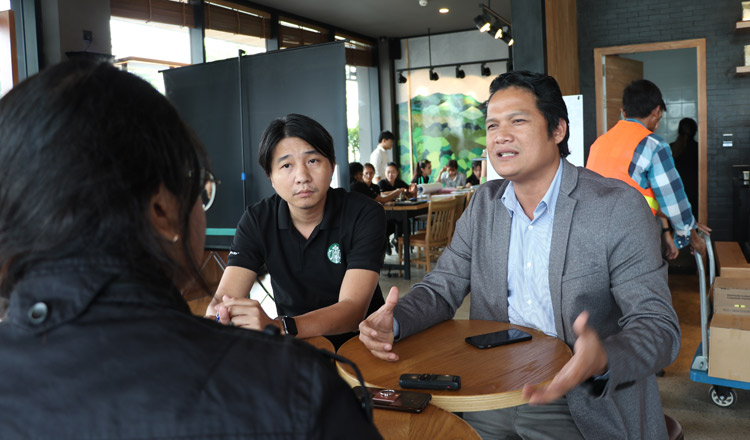 “Starbucks Cambodia helped print 500 books in 2017 that enabled Cambodian students to read and learn. Earlier this year, we launched an app called “Let’s Read! Digital Library” on Android so then people can download and read nearly 200 high-quality children’s books in Khmer language and many more in English and other Asian languages for free. The coffee story books will be available on this too through our three-year partnership,” Ms Elita said.

Aside from uploading books for digital use, Ms Elita added that the project is on the process of contributing books to some libraries in Phnom Penh.

Svay Leemeng, a young writer who helped give some tips to Starbucks partners on literary writing, said that the initiative of Starbucks and The Asia Foundation will not only promote culture of reading, but will also encourage more writers to create interesting educational pieces for the youth.