Prime Minister Hun Sen yesterday said that the government has spent millions of dollars on more than 40,000 pregnant female workers this year.

During a speech to workers in Kampong Speu province, Mr Hun Sen said that about 42,000 female garment workers have delivered about 43,000 babies so far this year. The government provides a $100 bonus for every baby delivered by workers. Those who deliver twins receive $200, while mothers of triplets get $300.

Mr Hun Sen added that the government has a budget of $10 million per year to spend on pregnant workers, but noted that some companies have not yet registered with the National Social Security Fund.

“I want to take this opportunity to appeal to all companies and enterprises to please register with the NSSF in order for female workers to get benefits,” he said. 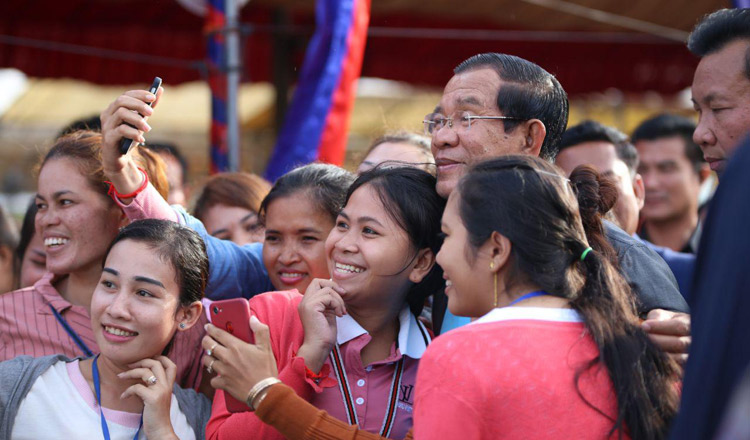 Cambodia’s garment industry employs roughly 800,000 workers, most of whom are women.