More than 130 families in Kampong Chhnang province’s Boribo district were evacuated from their homes after floods hit the area on Tuesday.

Keo Vy, spokesman for the National Committee for Disaster Management, said yesterday that district authorities moved some families to relief centres and others went to live with relatives until the floods recede.

“It is normal for excess water, from heavy rainfall, in the Mekong river to flow into the Tonle Sap river and trigger floods in nearby provinces,” he said. “The floods are expected to recede after a month or so and the families cannot return to the homes until then.”

The 131 families are from four communes in the district, he said. 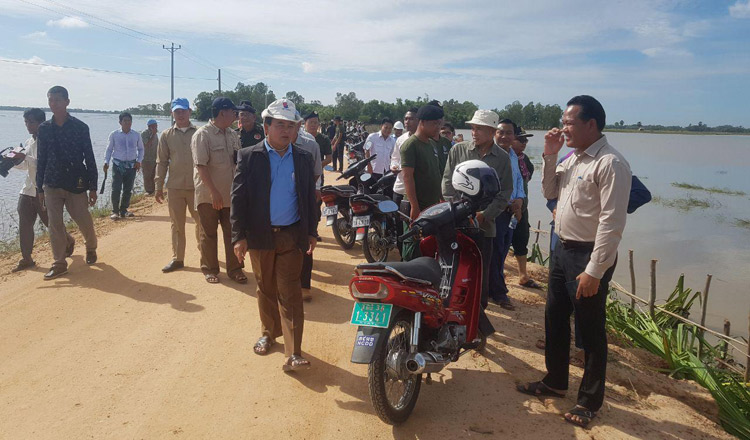 Yesterday, Prime Minister Hun Sen called on authorities to focus on repairing infrastructure and irrigation systems that were destroyed during recent floods.

He noted that floods hit the whole country and destroyed farms and major infrastructure, including national roads.

“We need to repair the infrastructure, irrigation systems, wells, canals and other structures which were damaged by the floods,” he said.

Mr Vy said that 1,434 kilometres of roads were hit by floods, but he did not yet know the extent of the damage.

“Public Works and Transport Ministry experts will check how many kilometres were destroyed when the waters recede,” he noted.

The floods led to a 70-metre stretch of the road in the district’s Svay Chek commune to be declared off-limits since it was under 0.15 to 0.20 metres of water. 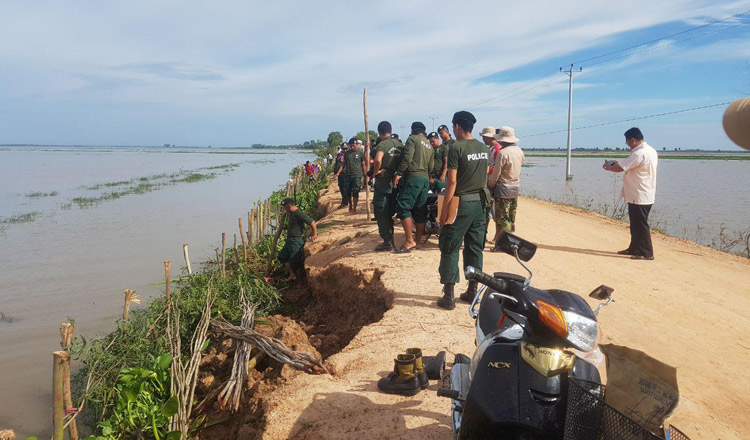 The Water Resources and Meteorology Ministry yesterday announced that the whole country will experience rainfall until September 26 and provinces along the central lowlands are expected to be flooded.

Mr Vy said that so far 52 people were killed during recent floods.

He noted that 24 died in Kampong Cham province, 20 in Prey Veng, four in Stung Treng, three in Kratie and one person in Tboung Khmum province.

The NCDM reported last week that during the first eight months of this year, 138 people have died in natural disasters, including those from floods which also displaced more than 50,000 people.