Speaking to thousands of workers in Kampong Speu province, Mr Hun Sen guaranteed that wages in 2019 will increase from the existing $170 per month.

“Last year it was $153 and this year’s is $170, so your wages will increase in 2019,” he said. “Unions, employers and the government are still negotiating, so please let them do their work.” 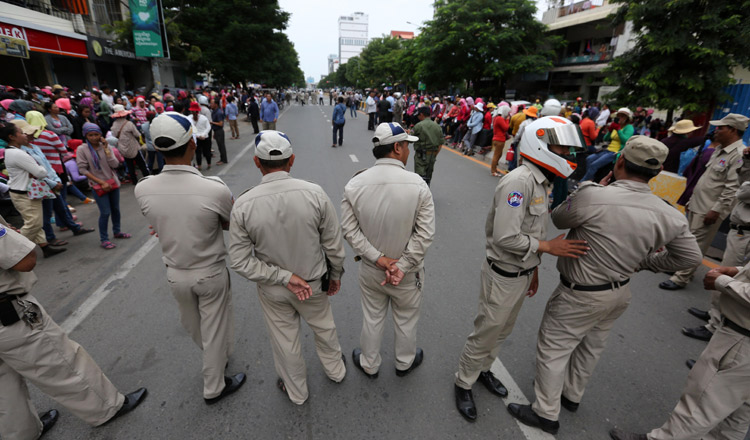 During Tuesday’s meeting on the minimum wage, employers, unions and the government adjusted their proposed figures to $176, $189 and $177, respectively.

“We hope that all sides can unanimously agree on a figure,” Mr Sour said.

“The gap between the proposed figures is closing. We will know before Pchum Ben day,” Mr Aun said. “Workers are waiting for the result and how much the increase in the minimum wage will be.”

Mr Sour said after Tuesday’s meeting that unions agreed to decrease their proposed figure from last week’s $192 to $189, provided that the government and employers are willing to decrease the price of utilities.

He added that unions have also requested the government to improve healthcare services, drop all complaints against union representatives, adjust trade union laws and provide transportation and lunch allowances for workers.

Employers agreed to adjust their proposed figure from $175 to $176, provided that the government is able to reduce the price of electricity and Camcontrol can reduce employer spending. 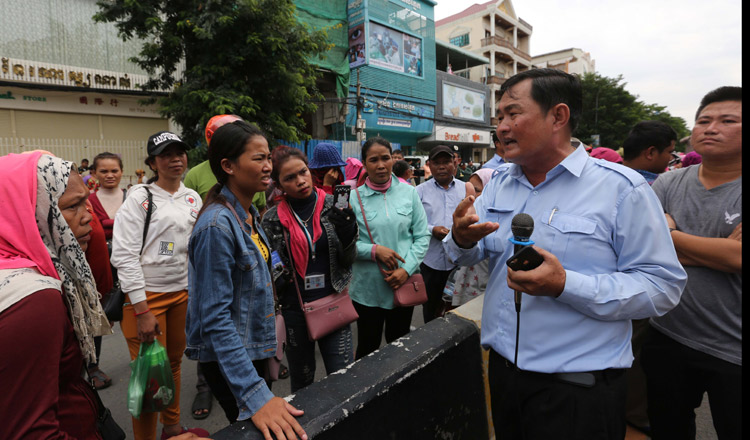 Mr Hun Sen said during his speech yesterday that blocking roads in protest is not productive and is illegal. He added that the government has always served the best interest of workers.

“I will not let you lack money. I have already spent $22 million to compensate missing wages,” Mr Hun Sen said. “Protesting by blocking roads does not hurt employers, but it hurts travellers.”

Mr Hun Sen’s comment came after more than 500 workers from the Ghim Li factory protested along National Road 4 on Monday to demand wages that were not paid following the closure of the factory.

Prak Chanthoeun, chief of the Labour Ministry’s Committee for the Settlement of Strikes and Demonstrations, said on Monday that Labour Minister Ith Samheng was working on the case to get the workers their wages.

“Please all workers keep quiet, and wait to get paid cash from the government soon,” he said.