Mom Sophal, Forestry Administration division chief in Kampong Thmar, said his officials seized three vehicles transporting small trees and firewood without permission from authorities at about 10.30am in Baray district.

“We seized the vehicles because the drivers had no permission to transport the wood,” Mr Sophal said. “They need to have authorisation from the Forestry Administration.”

“We did not detain the drivers,” he added. “We just fined them according to the law on forestry and educated them.” 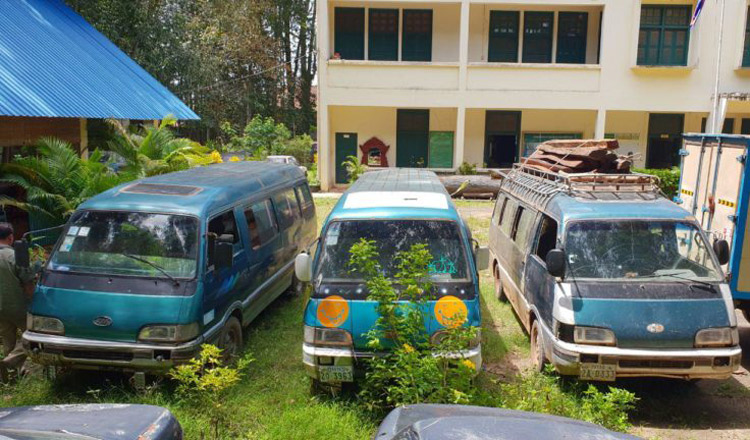 He said the vehicles and the wood were being kept at the Kampong Thmar Forestry Administration office and declined to reveal how much wood was seized.

“The law enforcement is weak and forests will continue to decline when the criminals are only just fined and then let go,” he said.

“We have also seen that the transporters often pay bribes through checkpoints and are allowed to carry on with their work,” he added.

Mr Sokheng said that illegal transportation of wood is a daily occurrence in Kampong Thom.

Public reminded not to feed pigeons in front of Royal Palace