The domestic Metfone C-League, the top tier in the Cambodian football pyramid, enters its 20th matchweek this weekend with clubs chasing every point as the race for the league title looks set to go to the wire.

Table-toppers NagaWorld, on 47 points, have a two point cushion over second-placed Boeung Ket, and a win tomorrow in their match against Ministry of National Defense would bolster their march to a first C-League title since 2009.

Naga will be looking for revenge as In their last meeting last month, Army eliminated the casino-backed side at the 2018 Hun Sen Cup semi-final stage. Army came from behind to win a thrilling 3-1 victory in extra-time.

Also on Saturday, third-placed Visakha will attempt to keep up the pressure as they chase the top two. They meet National Police Commissary while the remaining Saturday matchup pits Preah Khan Reach Svay Rieng with Soltilo Angkor.

Meanwhile on Sunday, defending champions Boeung Ket, must ensure no points are dropped in their evening clash with Electricite du Cambodge. EDC sit in 11th place of the 12-team league, and are a clear eight points ahead of the still winless Western FC. 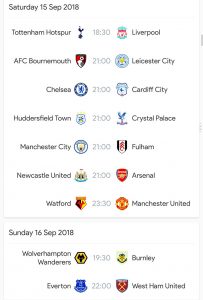